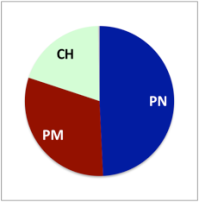 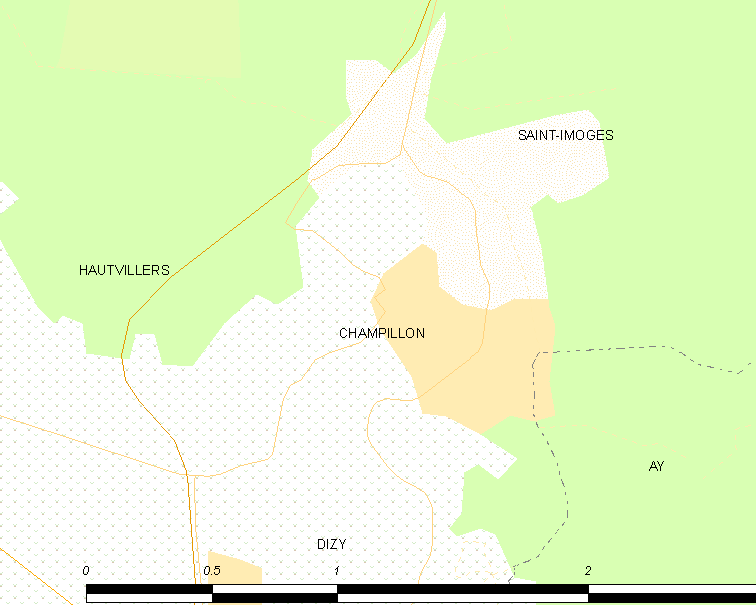 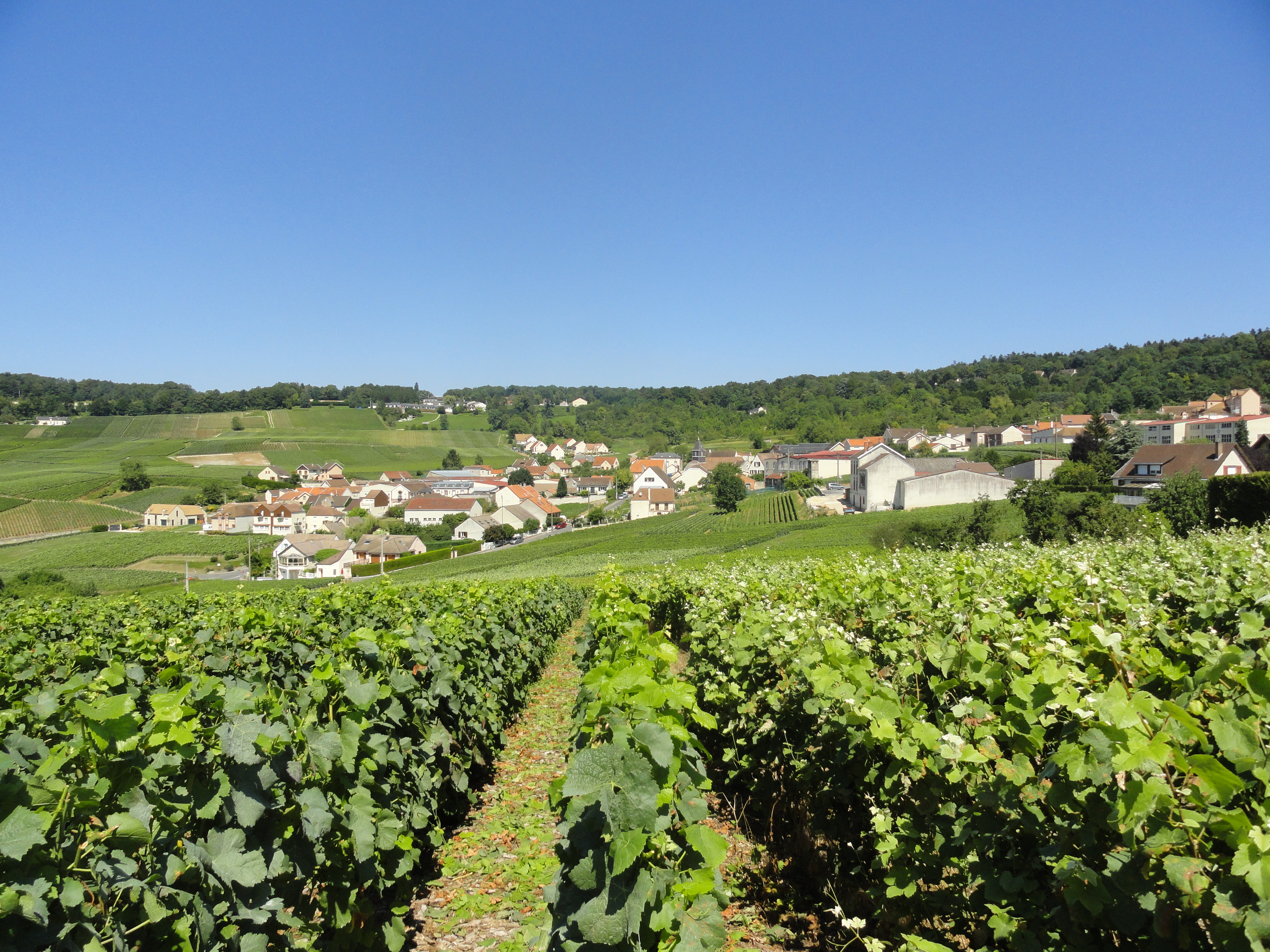 Champillon is located in the slopes above Dizy, on the southern side of the Montagne de Reims. It is counted as part of the Grande Vallée de la Marne, since the Marne river is close. Above Champillon, higher up in the slopes, the vineyards end and forest takes over. The commune above and north of Champillon, Saint-Imoges, therefore doesn’t have any vineyards. The Bellevue hamlet is situated in the upper part of Champillon, i.e., the northern outskirts of the commune.

The Champillon commune covers 146 hectares and counts 502 inhabitants (as of 2016) called Champillonnais and Champillonaises respectively.

The luxury hotel and restaurant Royal Champagne is located in Bellevue, where the view is excellent, just as the name implies. Royal Champagne has one star in Guide Michelin (2019). It is a rather new distinction from the period after their extensive renovation and rebuilding (2014-2017). 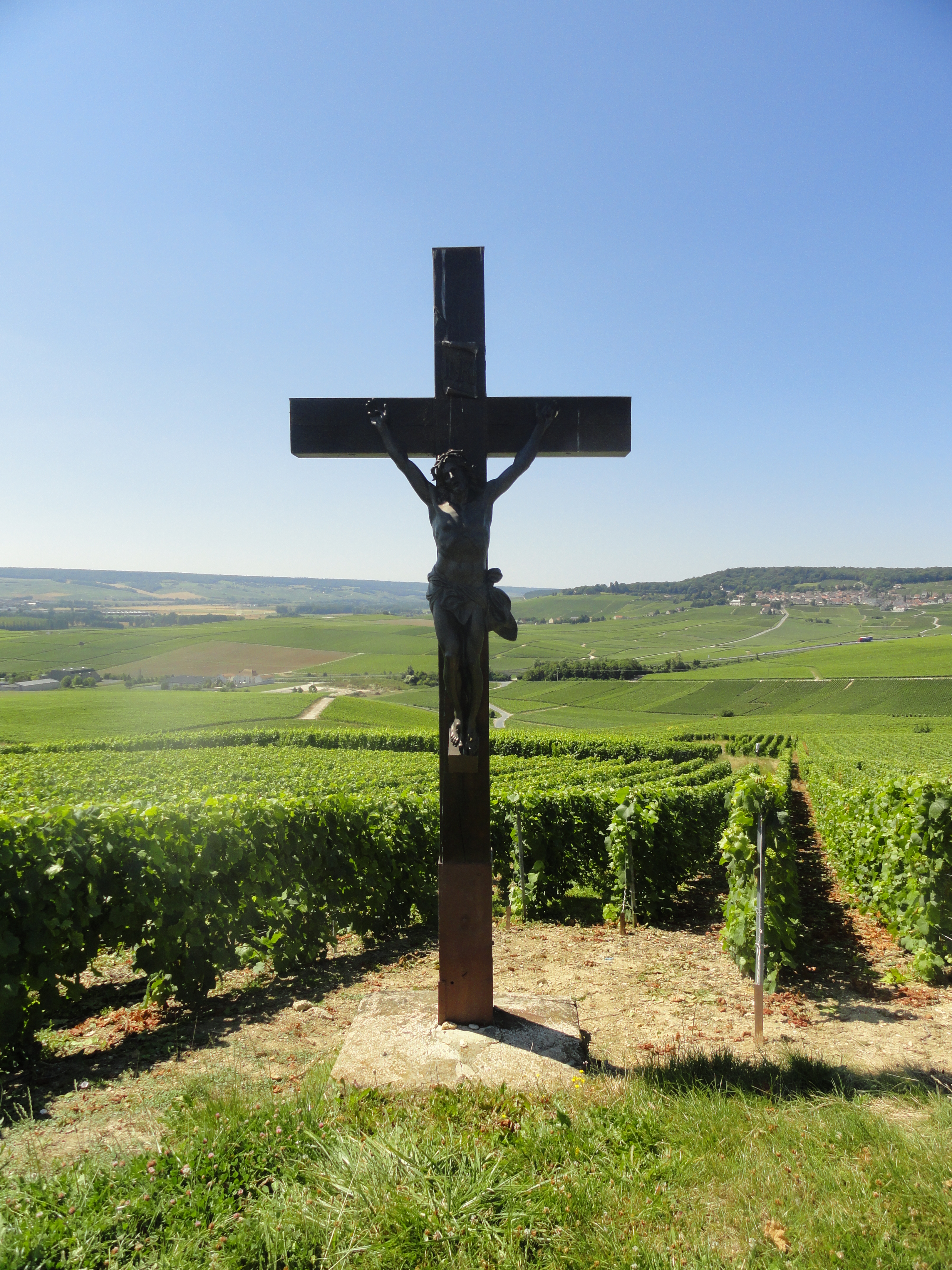 The calvary (an “outdoor crucifix”) in Champillon next to the vineyards. In the background to the right, Hautvillers is visible. The picture is linked from Wikimedia Commons (photo October Ends, 2012).

The vineyards in Champillon are located around the village and mostly consist of southwest- to southeast-facing slopes, but also with a smaller proportion of other directions. Pinot Noir is the most common grape variety, but the proportion of Pinot Meunier is also fairly high.

Champagne houses that use vineyards in this village include Moët & Chandon and Roederer.

Single vineyard sites in Champillon include the following, among others:

Champillon with surrounding vineyards. The photo is taken from the western side, close to the D951 road. The town in the distance is Épernay. Dizy is also visible but can’t be differentiated from Épernay. Picture linked from Wikimedia Commons (photo by Szeder László, 2007).

This collection of pictures, put together by one of the younger inhabitants of the village, gives a good idea of Champillon and its immediate surroundings although it doesn’t exclusively focuse on vineyards.

This entry was posted in Champagne villages and tagged Champillon. Bookmark the permalink.