Located in: Montagne & Val de Reims: Grande Montagne de Reims
Vineyards and grape varieties: 18.8 hectares (46.5 acres), of which 53% Pinot Noir, 32% Chardonnay, and 14% Pinot Meunier.
Classification: Grand cru (100%)
Noted for: Being one of the rather anonymous grand cru villages, the pronunciation of which is difficult to decipher for non-French speakers. 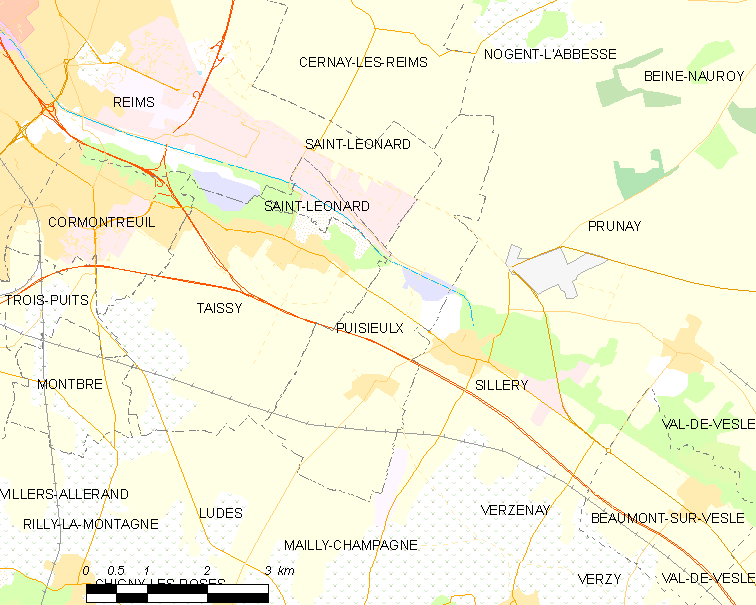 The map is linked from Wikimedia Commons, and the geographical information originates from OpenStreetMap. The dotted white area corresponds to the vineyards, light yellow indicates other open terrain, orange is built-up areas, and green indicates forest.


Google Maps view with the villages in the Grande Montagne de Reims highlighted. The grand cru villages including Puisieulx are shown in green, the premier cru villages are in yellow, and the autre cru villages in orange. The Perle blanche area is shown as a light green box. 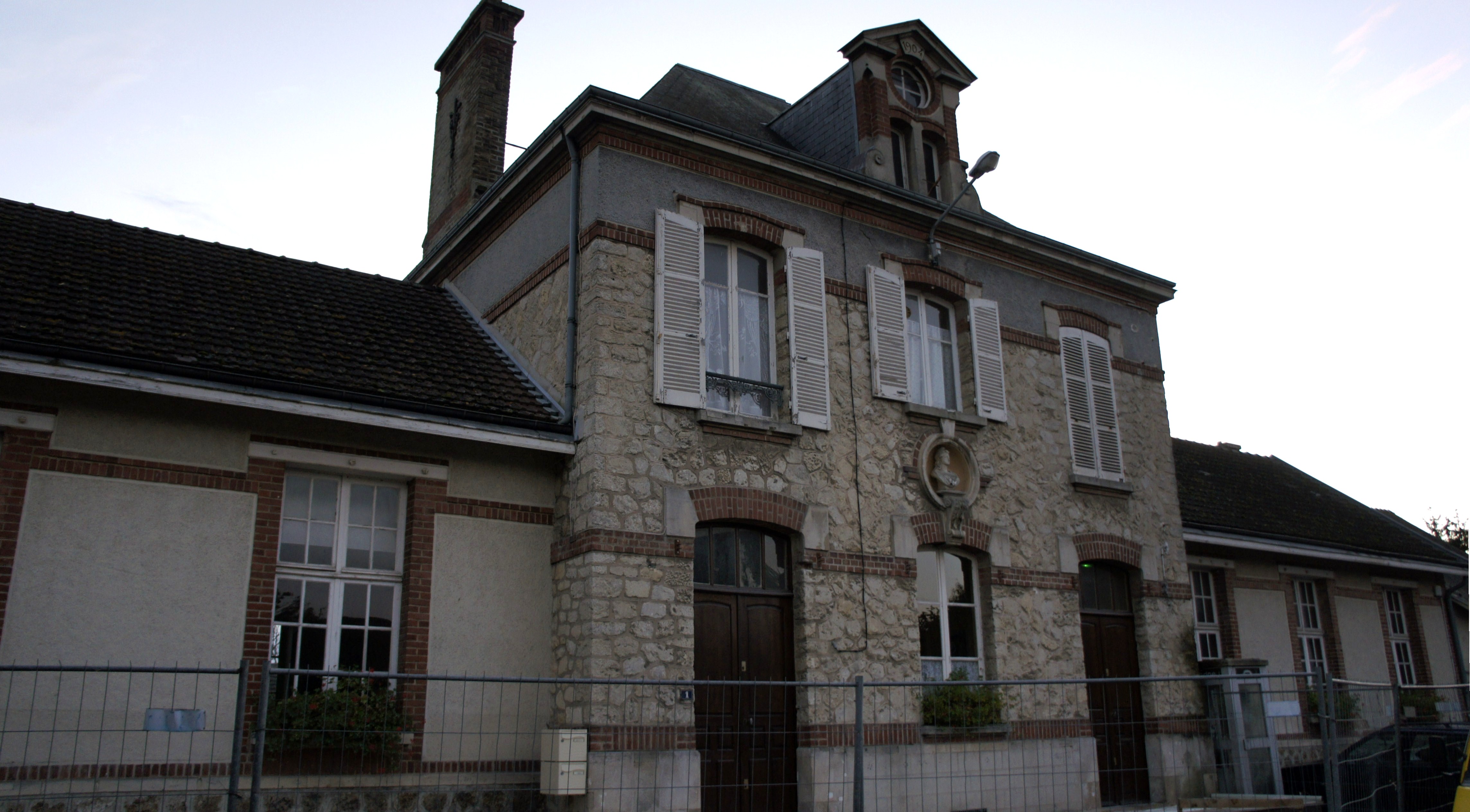 The Puisieulx village is located on flatter land below the actual Montagne de Reims slope, where the neighbours Mailly-Champagne and Ludes are located, and it is therefore close to the A4 highway.

The Puisieulx commune covers 907 hectares, has a oblong shape, and counts 401 inhabitants (as of 2013), called Puisieutins and Puisieutines.

In the northern part of the commune, close to the D944 road, we find Fort de la Pompelle, a fortification from the 1870s that was used during World War I. Since 1972, this fort is a museum. 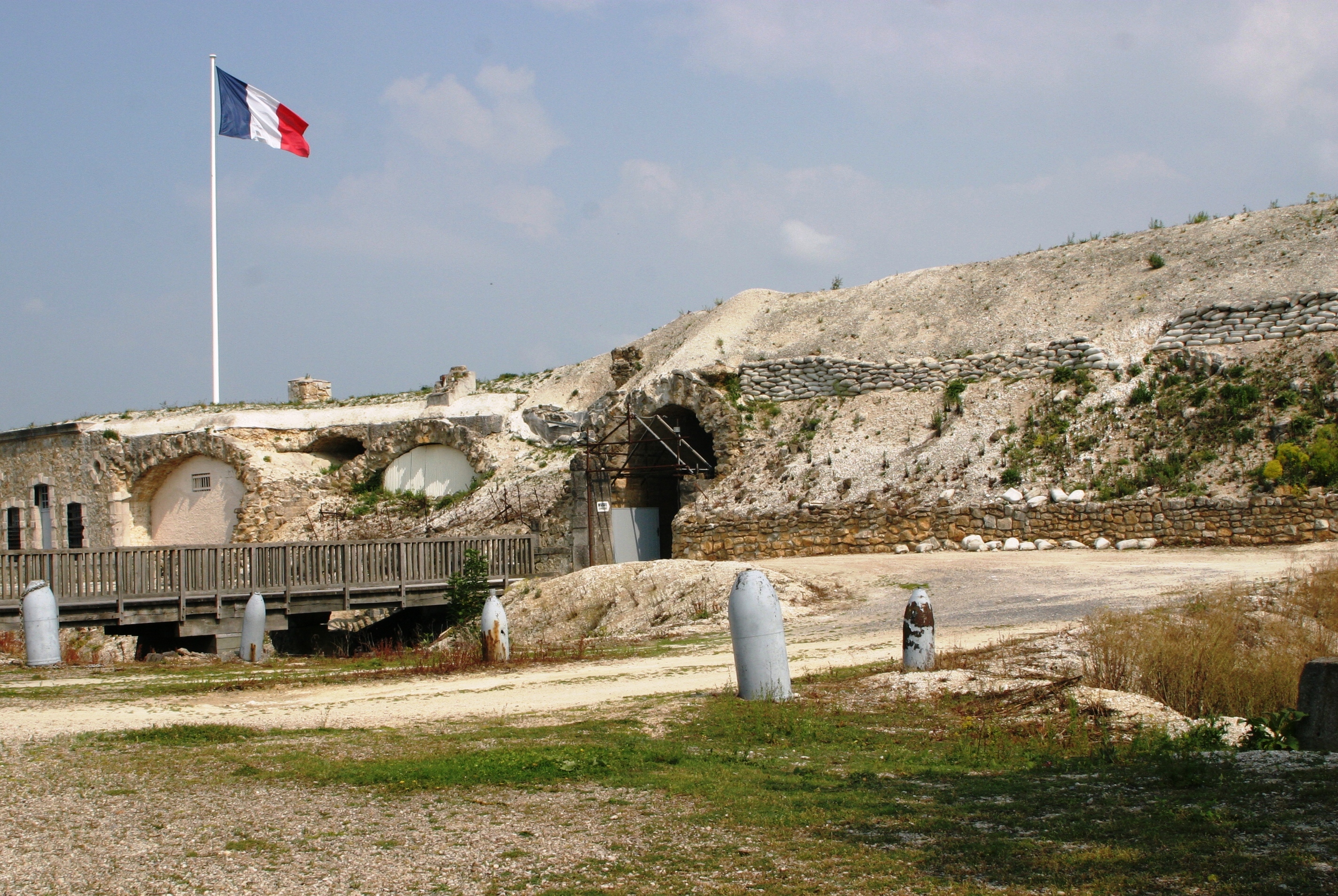 The vineyards consist of mild southeast-facing slopes and are located in the southern part of the commune, and are all in a block that stretch across the border to Sillery.

One of the Champagne houses that control vineyards in Puisieulx is Ruinart, and Chardonnay from Puisieulx (and Sillery, the neighbouring village) usually enters the blend of Dom Ruinart, their prestige Champagne.

This entry was posted in Champagne villages and tagged Puisieulx. Bookmark the permalink.