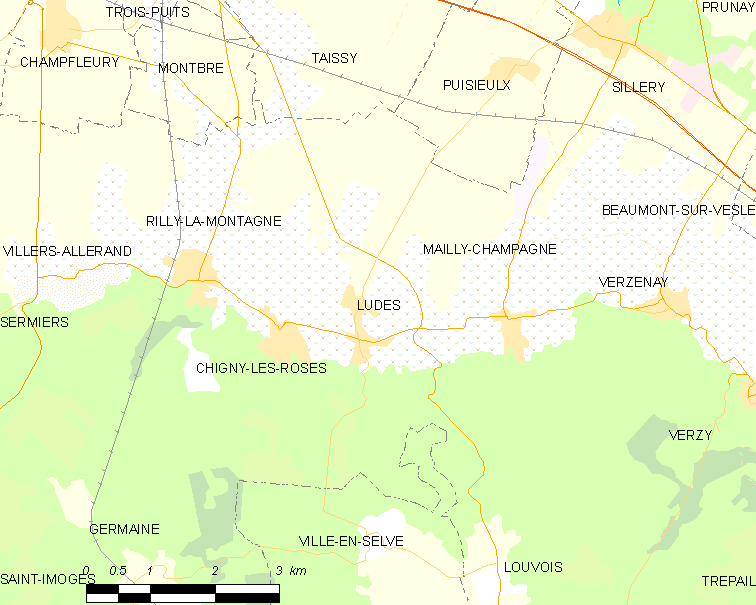 Ludes is located on the northern side of the Montagne de Reims hill.

The inhabitants sometimes call the village “Ludes-le-Coquet”, but the epithet (meaning charming or “coquettish”) is not part of the official name of the commune.

The vineyards of Ludes mostly consist of north-facing slopes, but variations from west- to east-facing exists. They contain mostly Pinot Meunier and Pinot Noir. Ludes has a higher proportion of Pinot Meunier than its immediate neighbours on the slope, Chigny-les-Roses and Mailly-Champagne.

This entry was posted in Champagne villages and tagged Ludes. Bookmark the permalink.