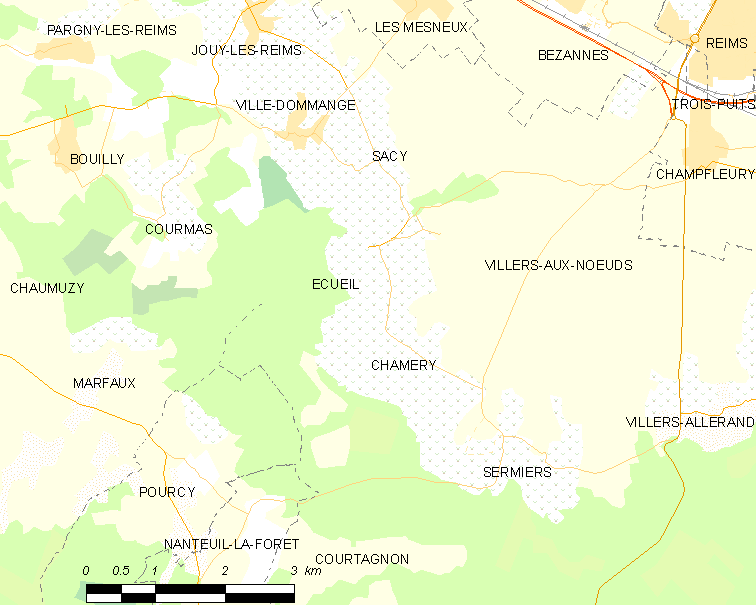 
Google Maps view with the villages in the Vesle et Ardre highlighted. The premier cru villages, including Écueil, are in yellow and the autre cru villages are in orange. The La Petite Montagne de Reims part, where Écueil is located, is shown within red borders and the Vallée de la Vesle part within green borders.

Écueil with surrounding vineyards and agricultural land as seen from below the slope. Picture linked from Wikimedia Commons (photo G.Garitan, 2015).

Écueil is located in the slope of ”La Petite Montagne de Reims”, the northwestern part of the Montagne de Reims. The village is part of a string of Champagne villages, most of which are classified premier cru.

Single vineyard sites in Écueil include the following:

Vineyards around Écueil sett as seen from a cross above the vineyards. Picture linked from Wikimedia Commons (photo G.Garitan, 2015).

This entry was posted in Champagne villages and tagged Écueil. Bookmark the permalink.