The map is linked from Wikimedia Commons, and the geographical information originates from OpenStreetMap. The dotted white area corresponds to the vineyards, light yellow is other open terrain, orange indicates built-up areas, and green indicates forest.


Google Maps view with the villages in the Vesle et Ardre highlighted. The premier cru villages are in yellow and the autre cru villages are in orange. The La Petite Montagne de Reims part is shown within red borders and the Vallée de la Vesle part within green borders.

Gueux is a village located west of Reims, in the outskirts of the northwestern part of Montagne de Reims. The A4/E50 motorway between Reims and Paris runs through the commune and divides Gueux from its southern neighbour on the Montage de Reims slope, Vrigny.

The Gueux commune covers 886 hectares and has 1704 inhabitants (as of 2013) referred to as Gueuxiens and Gueuxiennes.

In the village, there is a palace and park called Château & parc de Gueux. The property was bought in 1856 by Eugène Roederer (brother of Louis Roederer) who then built a new château in a neogothic style. This château was destroyed in a fire in 1918, and in 1928 Le Golf de Reims was instead on this location, on the initiative by the Grandes Marques organisation of Champagne. 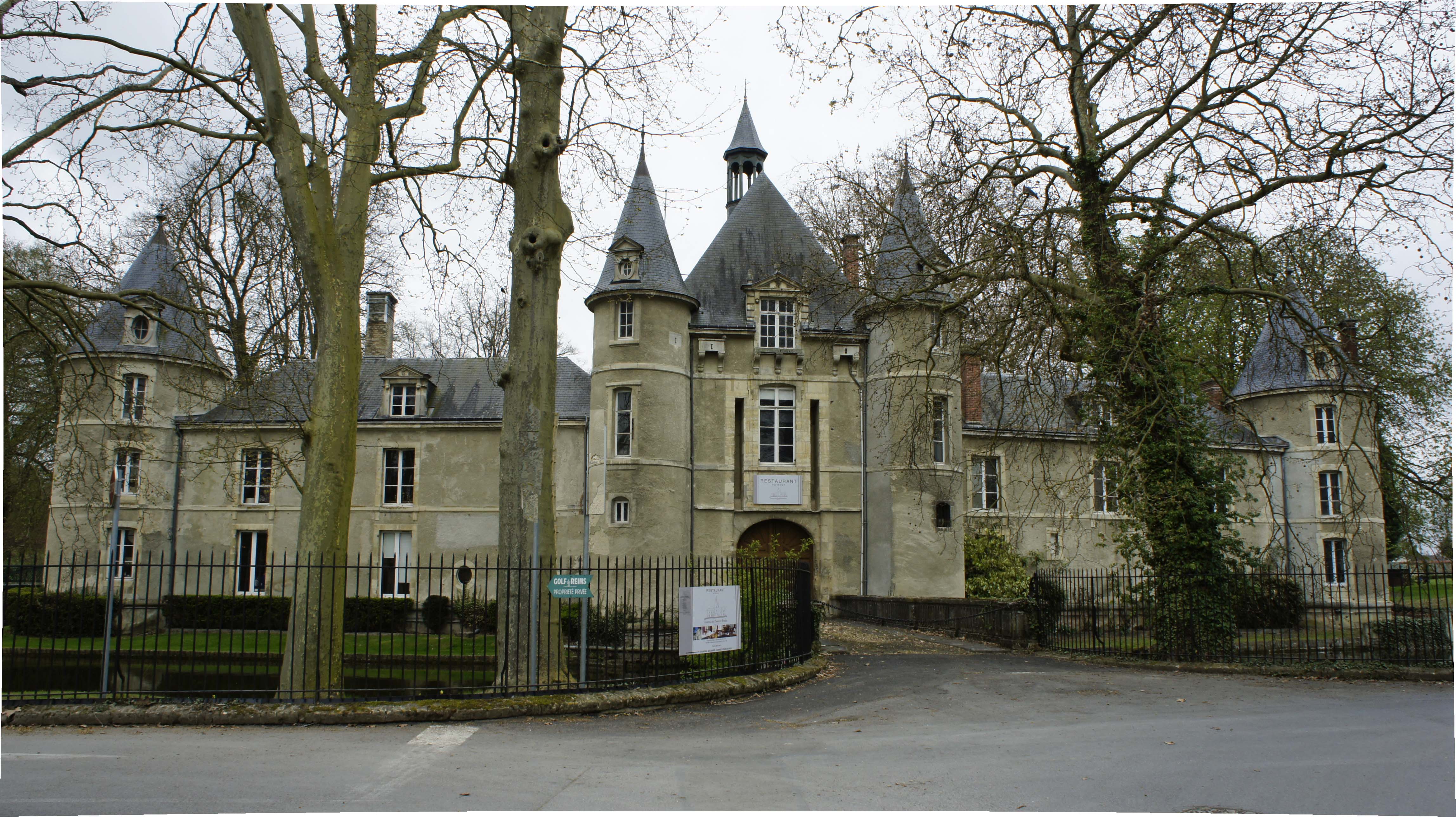 This entry was posted in Champagne villages and tagged Gueux. Bookmark the permalink.