Champagne village profile: Festigny on the left bank of the Marne valley 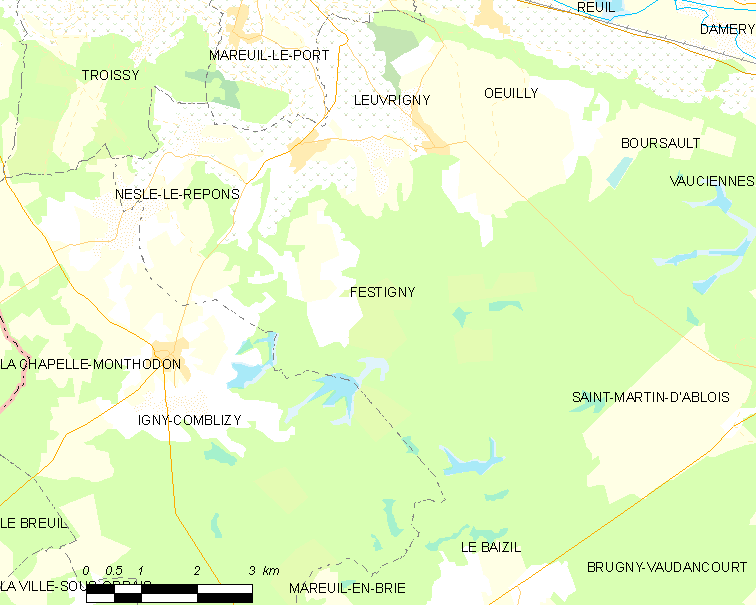 Festigny is located on the left bank of the Marne river, which means south of the river, in a side valley formed by the stream Le Flagot and its tributaries.

Other than Festigny itself, the hamlets/villages Le Mesnil-le-Huttier (also written Le Mesnil-Festigny), La Rue, and Neuville are also situated within the commune.

The vineyards in Festigny are located in the northern part of the commune, mostly around the village itself. The consist of slopes of varying directions on both banks of the stream Le Flagot as well as on the streams that are its tributaries: Ru Billet, Ru du Rognon, and Ruisseau de Fontenay. The vineyards are dominated by Pinot Meunier.

Single vineyard sites in Festigny include the following, among others:

This entry was posted in Champagne villages and tagged Festigny. Bookmark the permalink.

1 Response to Champagne village profile: Festigny on the left bank of the Marne valley