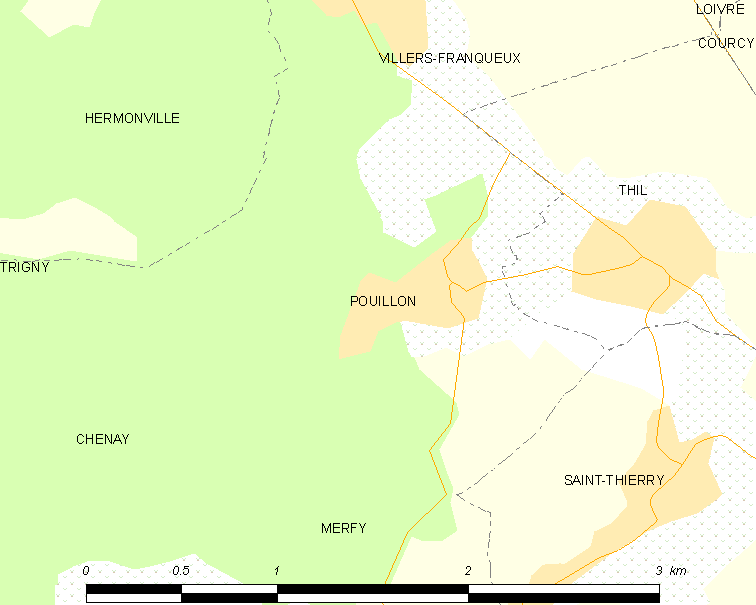 North: Villers-Franqueux
East: Thil
Southeast: Saint-Thierry
Southsouthwest: Merfy
West: Chenay
Northwest: Hermonville
Comment: some of the communes to the east on he map are not part of the Champagne appellation and therefore don’t have any village profiles.

Pouillon is located in the northwestern part of the Champagne region, just northwest of Reims.

The Pouillon commune covers 278 hectares and has 495 inhabitants (as of 2016), referred to as Pouillonais and Pouillonnaises.

The vineyards in Pouillon are partly located around the village, and partly in the northern sector of the commune. They are continuous with those in Thil and Villers-Franqueux, respectively. The vineyards largely consist of mild south-facing slopes, with Pinot Meunier as the dominant grape variety.

Single vineyard sites in Pouillon include among others:

This entry was posted in Champagne villages and tagged Pouillon. Bookmark the permalink.