Google Maps view with the villages in the Côte des Blancs highlighted. The grand cru villages, including Cramant, are shown in green, and the premier cru villages in yellow. 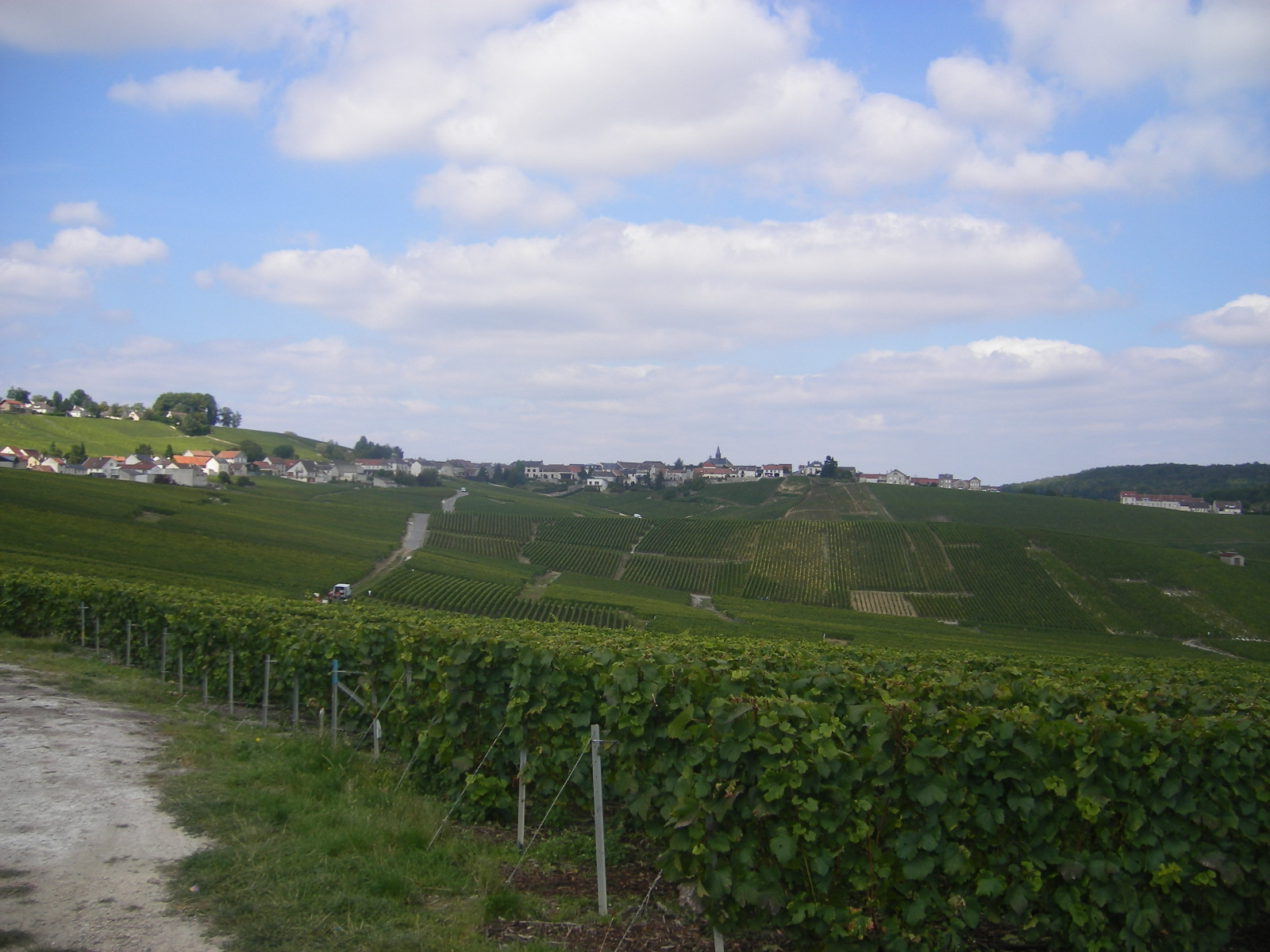 Cramant is located southsoutheast of Épernay, as one of the villages on the “genuine” Côte des Blancs slope. The village itself is located in the middle of the slope, along the D10 road that runs from Épernay to several other Côte de Blancs villages.

The Cramant commune covers 537 hectares and has 889 inhabitants (as of 2012), referred to as Cramantais and Cramantaises.

A huge Champagne bottle decorates the northern entrance to Cramant, from the Cuis direction. Picture linked from Wikimedia Commons (photo by me, 2011).

Champagne houses that own vineyards in Cramant include Perrier-Jouët, with 27 ha in the commune, of a total of 65 ha of their own vineyards.

Below an animated map panning over Cramant with various vineyard names indicated:

Cramant is usually considered to give somewhat “creamier” Champagnes than the other Côte des Blancs villages, and therefore not as “hard” as those of Avize (where there is a higher proportion of pure east-facing slopes), but with more concentration than those from Cuis (where there is a higher proportion of north-facing slopes) and more dominating minerality than those in Chouilly. It can be noted that there is some variation of slope (steepness) and direction in the vineyards of Chouilly, so some sites are likely to deviate from the “standard style”. There are also those that describe the villages differently than the version above, and another version describes the Cramant-style as powerful and the Avize-style as characterised by finesse.

In former times, there existed a designation called Crémant de Cramant for low pressure Champagnes from Cramant. A classical Crémant was supposed to hold 3,6 atm overpressure, in comparison to up to 6 atm for a fully sparking Champagne. After Crémant in the 1980s came to be a designation for sparkling wines produced using the “Champagne method” in other wine regions, including Alsace, Burgundy, and Loire (after they no longer could use the designation “méthode champenois”), Crémant was removed from Champagne usage in the early 1990s. The wine style itself still exists, though. The most common of those still produced is probably the Mumm de Cramant from the major Champagne house G.H. Mumm of Reims.

The entrance to Cramant from the Cuis direction. Picture linked from Wikimedia Commons (photo G.Garitan, 2012).

This entry was posted in Champagne villages and tagged Cramant. Bookmark the permalink.