Google Maps view with the villages in the Côte des Blancs highlighted. The grand cru villages are shown in green, and the premier cru villages, including Bergères-lès-Vertus, in yellow.

North: Vertus, premier cru
Southwest: Val-des-Marais, premier cru
Westnorthwest: Étréchy, premier cru (part of the Val du Petit Morin)
Comment: some of the communes on the map, in particular on the flatlands to the east, are not part of the Champagne appellation and therefore don’t have any village profiles. 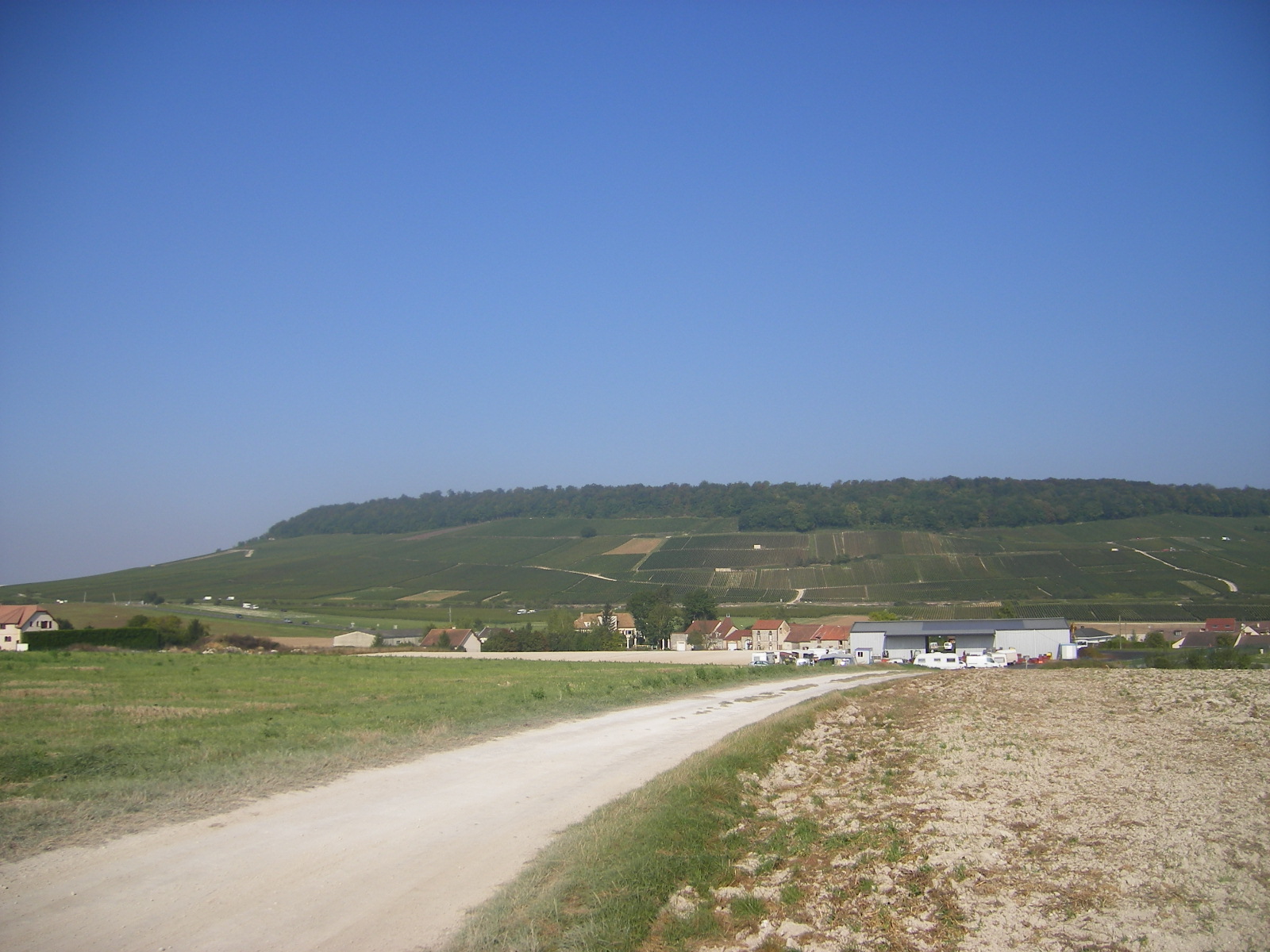 Bergères-lès-Vertus is located to the southsoutheast of Épernay, at the southern outpost of the “genuine” Côte des Blancs slope. The village itself is located below the slope.

The forest-clad Mont Aimé hill is located on the border between Bergères-lès-Vertus and Val-des-Marais, i.e., in the southern part of the commune. In the Medieval age there was a fortified castle on this hill.

The Bergères-lès-Vertus commune covers 1828 hectares and has 588 inhabitants (as of 2012) referred to as bergeronnets and bergeronnettes.

Hostellerie du Mont Aimé is an hotel in the village which also runs an ambitious restaurant.

Vineyards on the southeastern side of the Mont Aimé. The photo is taken from the D9 road, approximately on the commune border between Val-des-Marais (to the left) and Bergères-lès-Vertus (to the right). The vineyards closest to the forest are located on the Bergères-lès-Vertus side. Picture linked from Wikimedia Commons (photo Szeder László, 2007).

Front and back label of a 2008 Grande Cuvée from Hatt et Söner, photographed in 2014.

This entry was posted in Champagne villages and tagged Bergères-lès-Vertus. Bookmark the permalink.