Google Maps view with the villages in the Monts de Berru highlighted.

Neighbouring villages in the Champagne appellation

North: Berru
Northwest: Cernay-lès-Reims
Southsouthwest: Puisieulx (in the Grande Montagne de Reims area)
Comment: some of the communes on the map are not part of the Champagne appellation, and therefore they have no village profiles.

Nogent-l’Abbesse is located a short distance east of Reims.

The Nogent-l’Abbesse commune covers 1016 hectares and has 576 inhabitants (as of 2014), referred to as Nogentais and Nogentaises.

This village has the largest vineyard surface in the Monts de Berru. On the now defunct echelle des crus scale, Nogent-l’Abbesse was rated the highest (87%, so still an “autre cru”) of the five villages of the area. This is probably because Nogent-l’Abbesse covers much of the southern side of the Mont de Berru hill, as well as having some vineyard that slope a little more than what can be found in the other villages. 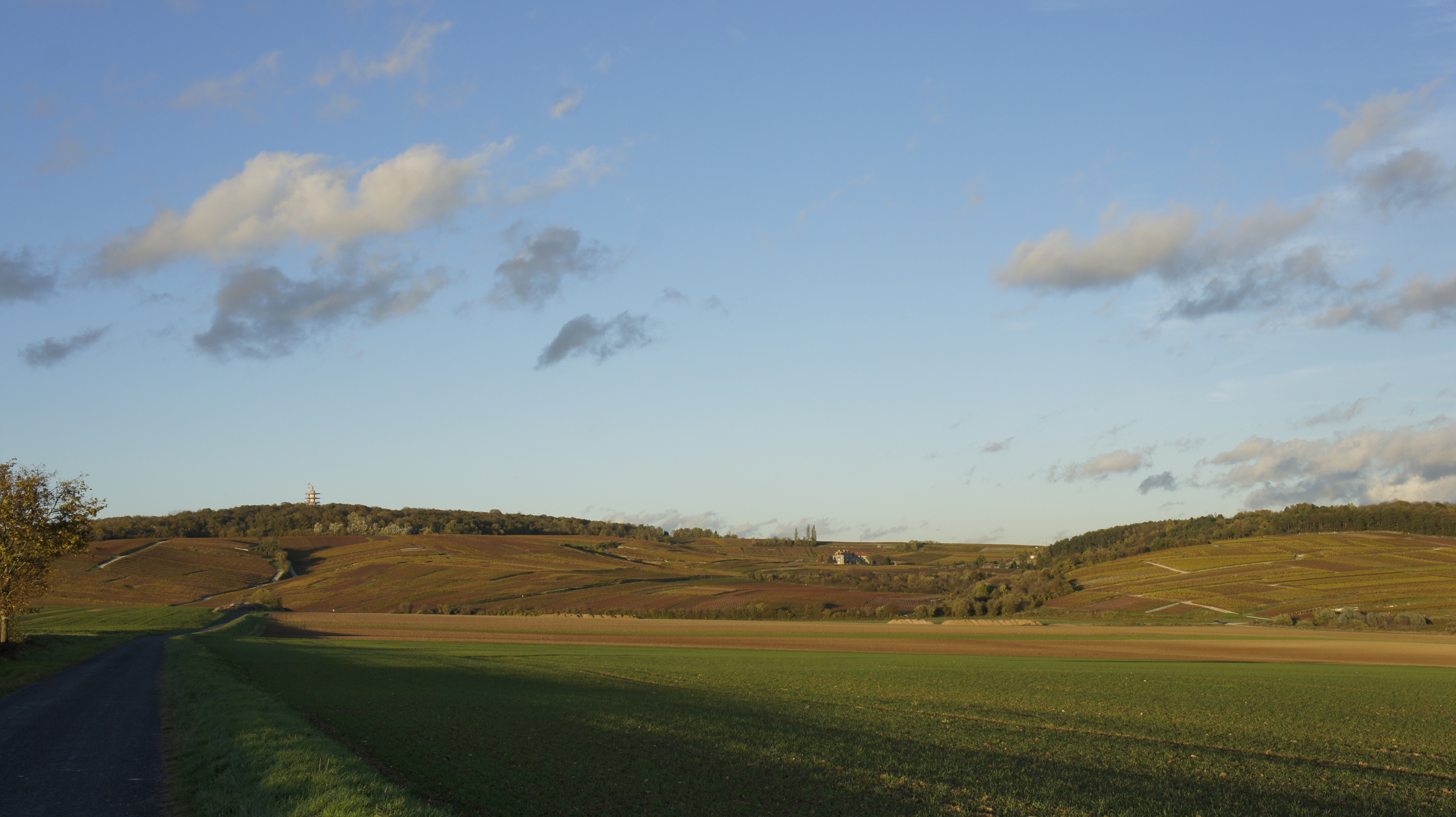 The producer status NM = négociant-manipulant means that purchased grapes can be included in the Champagnes. NM producers can be anything from small producers that supplement their own grapes with some that they buy in, to large Champagne houses that primarily rely on purchased grapes. MA = marque d’acheteur = a brand used on finished bottles bought-in.

Pictures from the 2014 harvest in Nogent-l’Abbesse, produced by Naudent & Fils:

This entry was posted in Champagne villages and tagged Nogent-l'Abbesse. Bookmark the permalink.