The map is linked from Wikimedia Commons, and the geographical information originates from OpenStreetMap. The dotted white area corresponds to the vineyards, light yellow indicates other open terrain, green is forest and orange indicates built-up areas.

View of Avenay-Val-d’Or. The picture is linked from Wikimedia Commons (photo October Ends, 2013).

The town hall (mairie) of Avenay-Val-d’Or. The picture is linked from Wikimedia Commons (photo October Ends, 2013).

Avenay-Val-d’Or is located in the slope above Mareuil-sur-Aÿ, and the railroad from Aÿ runs through the village and further up the hill. The village is often called Avenay, without the Val-d’Or part.

The Avenay-Val-d’Or commune covers 1249 hectares and counts 988 inhabitants (as of 2015), known as Avenaysiens and Avenaysiennes.

Avenay is a much less known village than its neighbours to the south and southwest. Therefore, they have added a further part to an old Mareuil saying: “Aÿ le nom, Mareuil le bon, Avenay passe avant”, where the final part means “(but) Avenay comes before”. This is not just an expression of the type of local patriotism found in most wine-growing villages, because Avenay was apparently a well-known village in the days when Champagne produced still wines. Among others, the Avenay wines were praised by the French 17th century libertine and hedonist Charles de Saint-Évremond, who fled to England in 1661 to avoid being jailed in the Bastille. 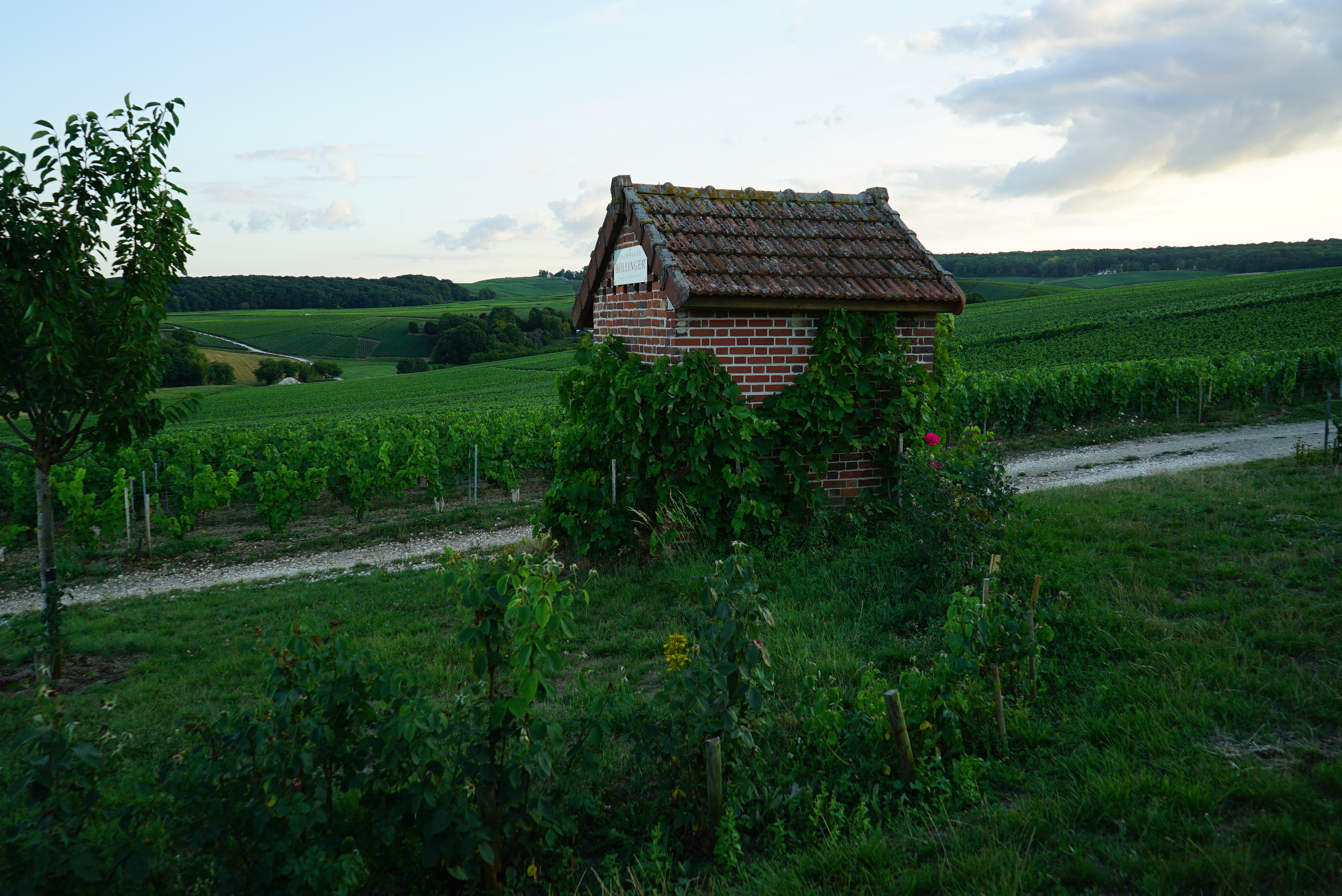 Vineyards between Avenay-Val-d’Or and Mutigny, as well as a small vineyard hut belonging to Bollinger. Picture linked from Wikimedia Commons (photo G.Garitan, 2017).

The vineyards in Avenay-Val-d’Or to a large part consist of south-facing slopes, but uneven features in the landscape means that there are also other directions and more flat vineyard. The vineyards are dominated by Pinot Noir.

Champagne houses that use vineyards in this village include Bollinger, Henriot, Moët & Chandon, Mumm, Philipponnat, and Veuve Clicqout.

Single vineyard sites in Avenay-Val-d’Or includes these, among others:

Avenay-Val-d’Or with surrounding vineyards and other agricultural lands, as seen from Mutigny. Picture linked from Wikimedia Commons (photo October Ends, 2013).

No major Champagne houses are located in Avenay-Val-d’Or, but Mumm Perrier-Jouët Vignobles et Recherches has a facility in the village.

This entry was posted in Champagne villages and tagged Avenay-Val-d'Or. Bookmark the permalink.