Google Maps view with the villages in the Val du Petit Morin highlighted. The premier cru village is in yellow and other villages in orange.

The Val du Petit Morin comes from the Petit Morin river, which has its source in the Val-des-Marais commune, which is considered part of the Côte des Blancs area as far as Champagne geography is concerned. Petit Morin continues west and empties in the Marne river at Condetz in the La Ferté-sous-Jouarre commune (in the Seine-et-Marne department), just west of the westernmost village included in the Champagne wine region. Only along the  eastern stretch of Petit Morin are there Champagne-producing villages. 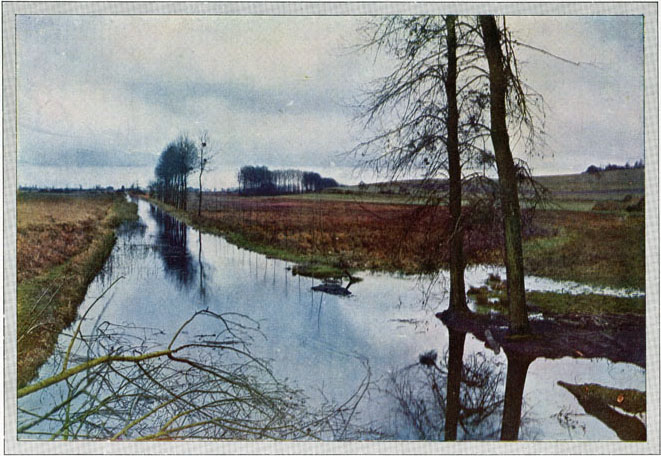 Since Petit Morin originates in and largely progresses through low-laying and flat land, there is a number of small lakes and wetlands along its course. The wetlands are called the Marais de Saint-Gond (Saint-Gond Marshes), and this area is beneficial for some animal species but has historically been less beneficial for invading armies since it is difficult to traverse. In 1814, the army of Napleon had some success against Russians and Prussians here. In September 1914, in connection with the First Battle of the Marne of World War I, the German advance was halted in this area and then forced back.

Too moist land is not suitable for vine growing, which means that no vineyards are found directly at the Petit Morin. Rather, the vineyards in the Val du Petit Morin are located on mild slops some distance from the river. These are often close to smaller tributaries of Petit Morin.

In the scheme used by the Union de Maisons de Champagne (UMC), Val du Petit Morin is one of 17 areas (“terroirs”) that the Champagne wine region is divided into. These 17 areas are then grouped into four subregions, one of which is also Côte des Blancs. It may be somewhat confusion that there also is an area called Côte des Blancs (i.e., the same name as the subregion), located to the northeast of Val du Petit Morin. 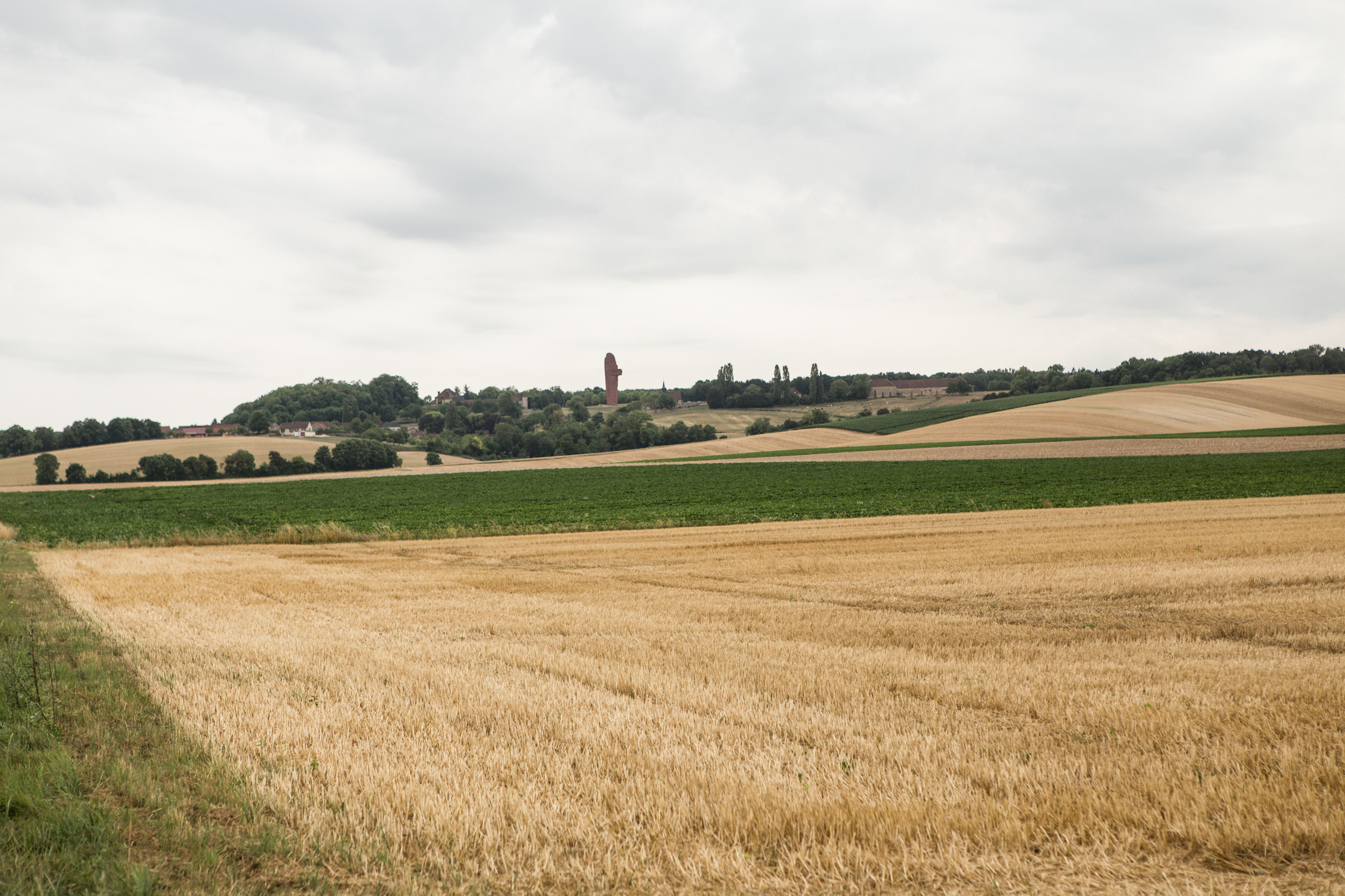 A rather typical landscape in the Val du Petit Morin in those areas where there are no continuous vineyards. (Just to the right of the centre of the picture, in front of the big building, there is a green surface that is a vineyard, although this is not apparent seen from this distance.) The village in the distance in Mondement-Montgivroux, here seen from approximately northeast, and the Monument National de la Victoire de la Marne can be seen in the village. Picture linked from Wikimedia Commons (photo Wernervc, 2015).

The Champagne style of the Val du Petit Morin

It is not very common to find distinct description of the wine style of the Val du Petit Morin. A statement I’ve seen is that the northern part – north of the Petit Morin – is supposed to yield more elegant and mineral-driven wines, while those from the southern part are more powerful. However, the composition of grape varieties in the villages tend to differ from west to east, rather than from north to south, with more Chardonnay in the east and more Pinot Meunier in the west.

Plans for future expansion of the area

In the expansion proposed for the Champagne wine region/appellation with 40 new communes (on top of the current 319, while 2 are removed), 4 of the communes are located in this area: Boissy-le-Repos, Le Thoult-Trosnay, Marchais-en-Brie, and Montmirail. They expand the western part of the area, and are all located around Bèrgeres-sous-Montmiral that curently is a “lone satellite village” in the western outskirts of the area. Since Marchais-en-Brie is included, the area is will be expanded across the departemental border into Aisne.

Five of the 18 villages have more than 50% Chardonnay in their vineyards and ten of them have at least 50% Pinot Meunier.

Château d’Étoges, the most impressive palace of the area. Picture linked from Wikimedia Commons (photo W.Mechelke, 2011)