Champagne village profile: Boursault on the left bank of the Marne valley

The Boursault commune covers 1645 hectares and has 450 inhabitants (as of 2016) referred to as Boursaultiers and Boursaultières.

There is a cheese called Boursault, but it has no connection to this village since it is a brand named after a Monsieur Boursault rather than an appellation cheese. Boursault the cheese comes from the Val-de-Marne department (no 94), in the outskirts of Paris, while Boursault the village is located in the Marne department (no 51). To clarify, Val-de-Marne isn’t the same as the Vallée de la Marne are within the Champagne wine region, although the Marne river does runs through them both. But on the other hand, Boursault cheese goes well with Champagne since it is a mild and creamy type of cheese and a member of the same family of cheeses as e.g. Brillat-Savarin. 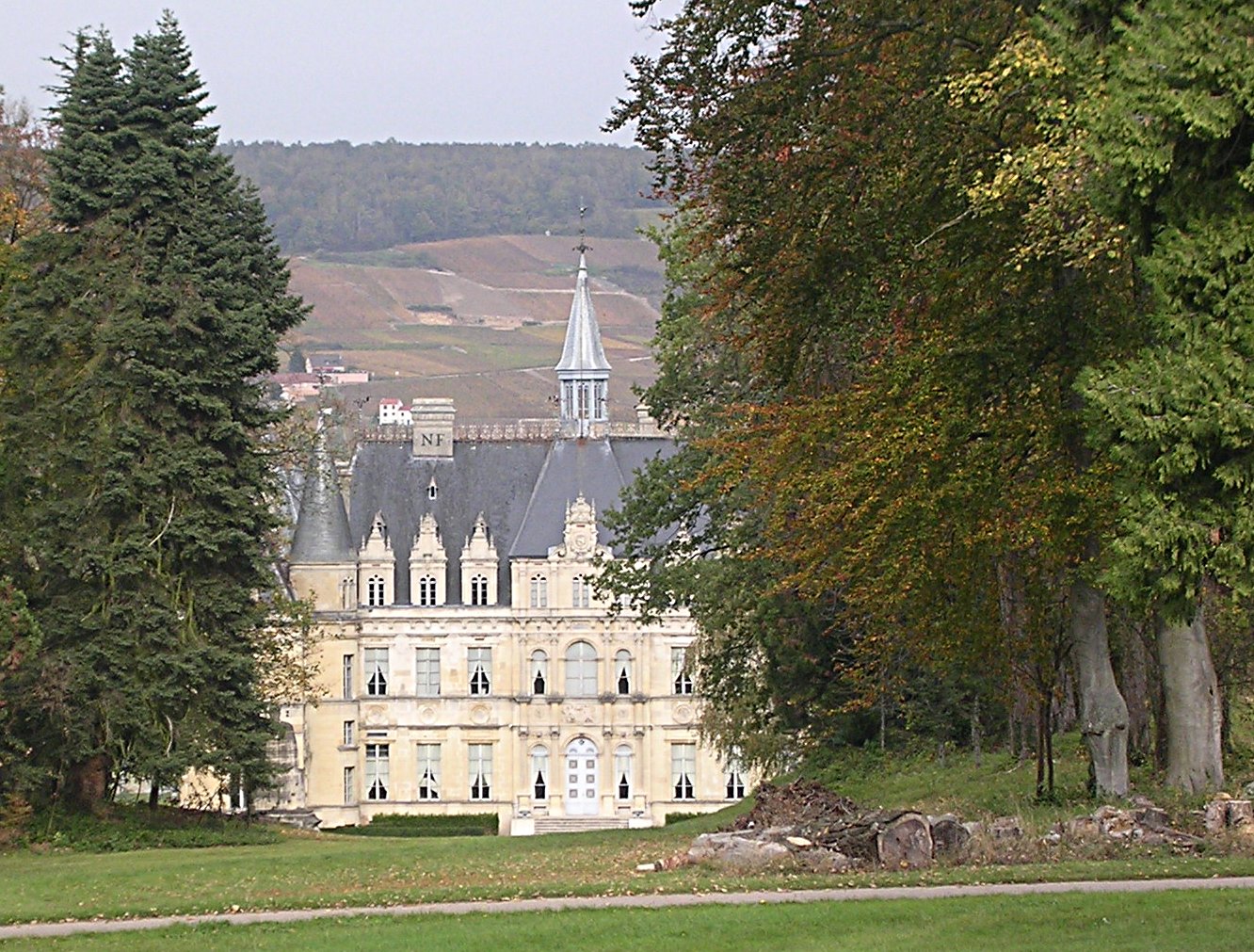 Portrait of Veuve Clicquot together with her great-granddaughter Anne, who inherited Château de Boursault. In the upper right-hand corner of the portrait, the château is visible. This portrait was painted some time between 1860 and 1862 by Léon Cogniet. Picture linked from Wikimedia Commons.

Château de Boursault is an impressive palace in neo-renaissance style that was built in 1842-1848 on the initiative of Barbe-Nicole Clicquot-Ponsardin (1777-1866), from 1805 better known as Veuve Clicquot.

The château was inherited by Marie-Clémentine’s daughter, Anne de Rochechouart-Mortemart (1847-1933, as married known as the Duchess of Uzès), following the death of Barbe-Nicole in 1866. She sold the château in 1913.

Both during World War I and World War II, the château was used as a military hospital. Since 1927, and still today, the château is used by a Champagne producer by the name Château de Boursault, which doesn’t have any connection to the Champagne house Veuve Clicquot. 11 hectares of park surrounds the château.

Boursault with surrounding vineyards as seen from the other side of the Marne river. Villemongois is visible at the left edge in the form of a few buildings, then we see Château de Boursalt surrounded by trees. In the middle of the picture, Boursault itself is located, and to the right we see Villesaint. The Marne river is partially visible in the lower part of the picture. Picture linked from Wikimedia Commons (photo Denys, 2008).

The vineyards in Boursault mostly consist of mild north-facing slopes with Pinot Meunier as the most common grape variety.

Single vineyard sites in Boursault include the following, among others:

Villesaint, a small village that is located just east of Boursault but within the borders of the Boursault commune, with surrounding vineyards. In the distance, vineyards on the right bank of the Marne river are visible. Picture linked from Wikimedia Commons (photo Denys, 2007).

This entry was posted in Champagne villages and tagged Boursault. Bookmark the permalink.