Villages in the Côteaux Sud d’Épernay


Google Maps view with the villages in the Côteaux Sud d’Épernay highlighted. The premier cru village is in yellow, and the autre cru villages in orange.

Côteaux Sud d’Épernay is one of the 17 areas (“terroirs”) that the Champagne wine region is divided into, at least in the scheme used by the Union de Maisons de Champagne (UMC). These 17 areas are then grouped into four subregions, of which the Vallée de la Marne is one.

Côteaux Sud d’Épernay is located on the left bank of the Marne river, and encompasses the slopes (coteaux) south of (sud de) Épernay, as well as those that surround Épernay itself. These slopes are formed by the streams Le Cubry, Le Darcy, and Le Mancy. Le Cubry empties into the Marne river at Épernay, and forms the valley that runs to the southwest and further west to Saint-Martin-d’Ablois. Inside Épernay, Le Cubry is covered-over to a large extent. Le Darcy is a tributary of Le Cubry that empties into the latter at Pierry, and that arrives there from the south and further away from the southeast. Le Mancy is a tributary of Le Darcy that empties into it in the northern part of the Mancy commune, and that arrives there from southsouthwest.

There is one premier cru village in the Côteaux Sud d’Épernay, Pierry, which is the closest neighbour of Épernay to the south. There are no grand cru villages, and all the rest are “autres crus”. 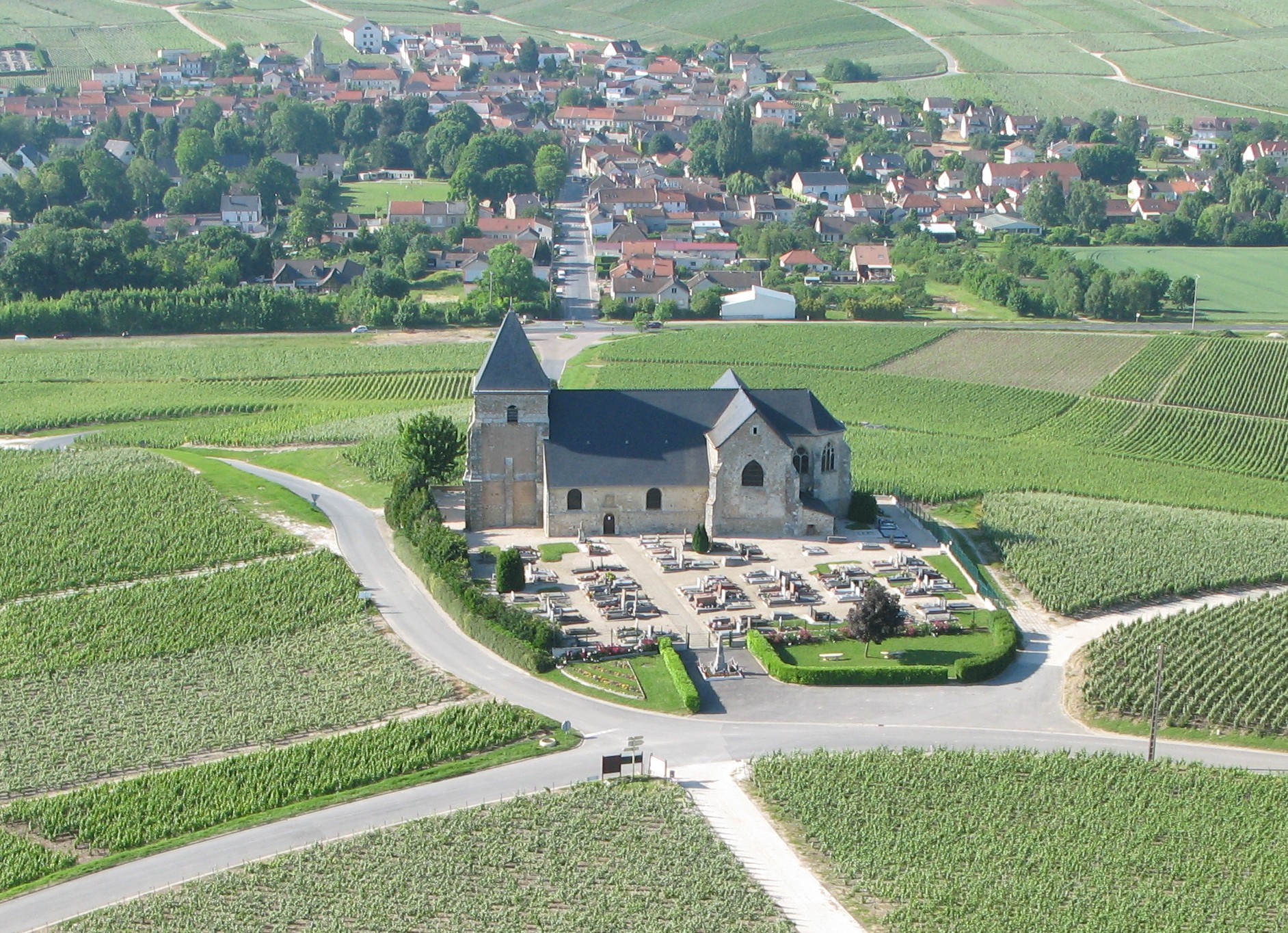 A church in Chavot-Courcourt, Église Saint-Martin, surrounded by vineyards and with the village in the background. Picture linked from Wikimedia Commons (photo Monalixa, 2009).

Vineyards in Épernay. The vineyards in the foreground are locate to the west of the city, and in the background Mont Bernon (with buildings, vineyards, and a forested summit) is visible. Picture linked from Wikimedia Commons (photo sand, 2007).