The map is linked from Wikimedia Commons, and the geographical information originates from OpenStreetMap. The dotted white area corresponds to the vineyards, light yellow is other open terrain, orange is built-up areas, green indicates forest, and blue/purple is water and wetland.


Google Maps view with the villages in the Côte des Blancs highlighted. The grand cru villages are shown in green, and the premier cru villages, including Vertus, in yellow.

Vertus is located is located southsoutheast of Épernay, in the southern part of the “genuine” Côte des Blancs slope. The actual village is located in the slope and below it.

The Vertus commune covers 3568 hectares (and includes a forest area to the west of the Côte des Blancs slope) and has 2407 inhabitants (as of 2014) referred to as Vertusiens and Vertusiennes.

The vineyards in Vertus are located around the village and continue a good distance down on the flat land. East-facing slopes dominate in the village, but there are also some southeast-facing slopes and smaller amounts of other directions where the hillside is “wrinkled”. The inclination varies, is generally less in the southern part of Vertus, and quite some amount of vineyards below the village and around the D9 road are located on almost flat land. Chardonnay dominates greatly, but there is also a smaller proportion of Pinot Noir.

In former times, a large proportion of Pinot Noir was cultivated in Vertus, and the village is the only one directly on the Côte des Blancs slope that have noticeable amounts of Pinot Noir, although it is only 9%. There are also some producers of still red wine (Coteaux Champenois) in the village, usually under the name Vertus Rouge. 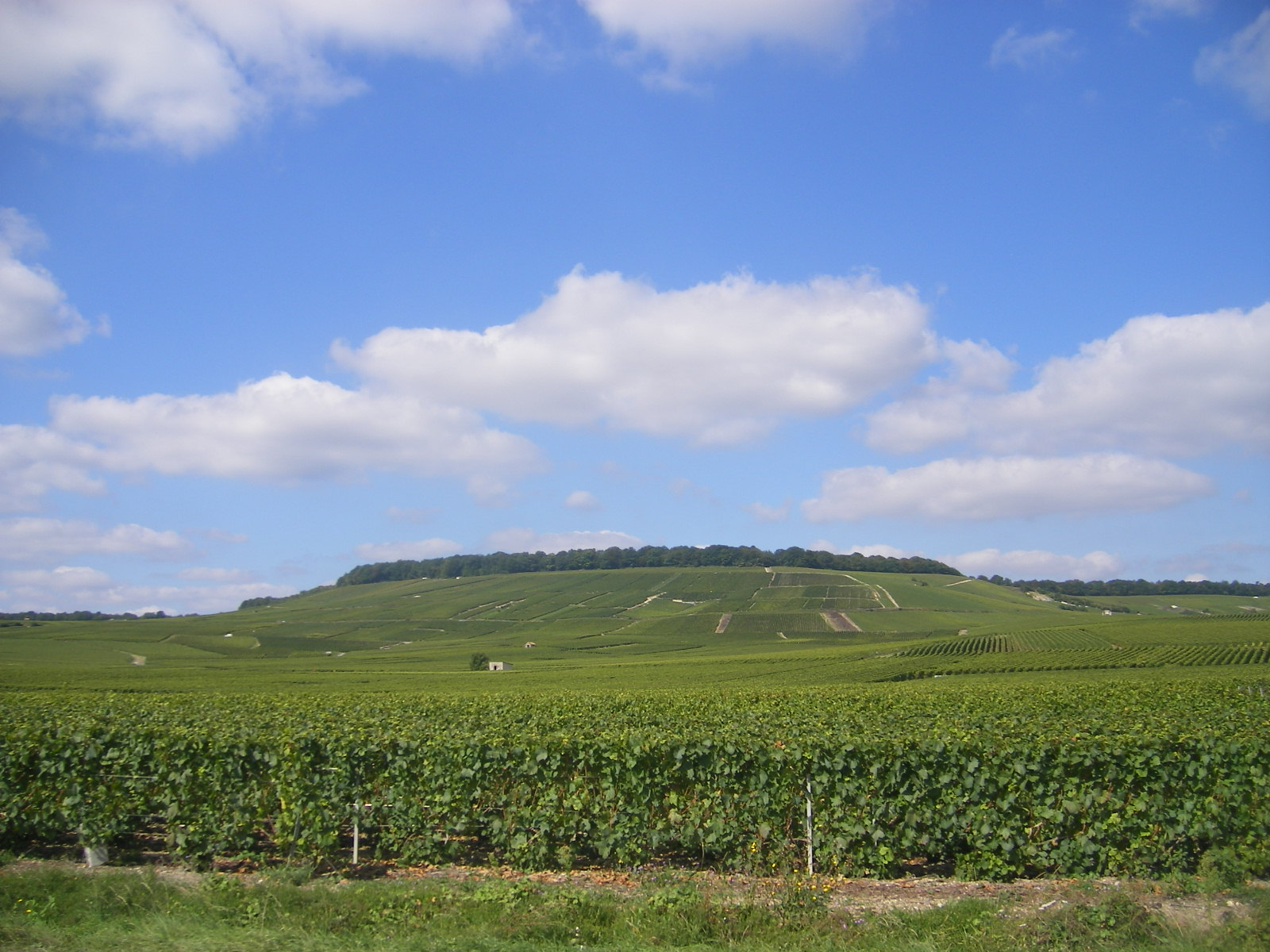 Vineyards north of Vertus, in the direction of Le Mesnil-sur-Oger. Most of the vineyards in the picture are located within the borders of Vertus. Picture linked from Wikimedia Commons (photo Szeder László, 2007).

Postcard from 1921 showing the Clos des Bouveries, or “Les Bouveries” as the name is given, then also in the ownership o Duval-Leroy. Picture linked from Wikimedia Commons (uploaded by Jean Poyet).

The Duval-Leroy facility in Vertus. Picture linked from Wikimedia Commons (uploaded by Duval-Leroy 2007).

Roundabout in Vertus with a flower arrangement shaped like a Champagne bottle. Picture linked from Wikimedia Commons (photo Szeder László, 2007).

Producer status is indicated where known: RM = récoltant-manipulant, or grower-producers. RC = récoltant-coopérateur, growers that are cooperative members but sell Champagnes under their own name.  SR = société de récoltants, owned by a number of growers of the same family and sells under its own name. Smaller producers are placed under this heading when no information regarding producer status is available.

Porte Baudet, the only gate in the fortified wall around Vertus that is preserved. Picture linked from Wikimedia Commons (photo Francois C, 2006).

This entry was posted in Champagne villages and tagged Vertus. Bookmark the permalink.