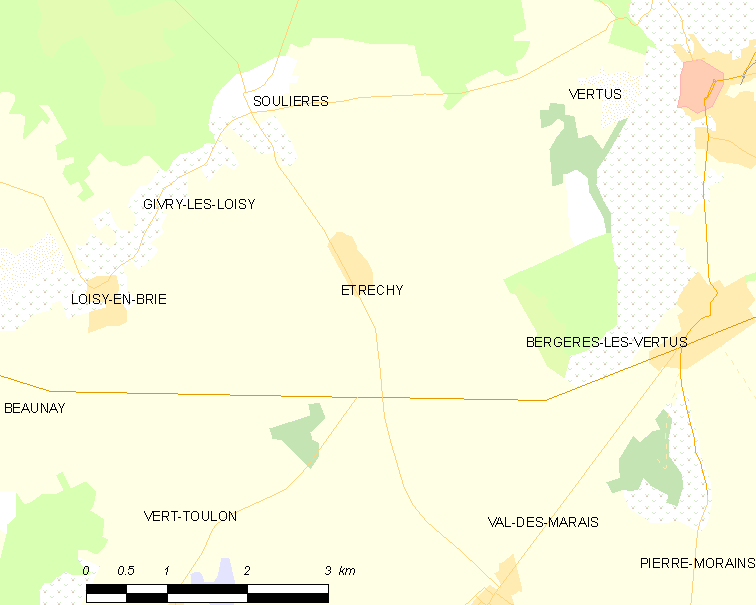 
Google Maps view with the villages in the Val du Petit Morin area highlighted. The area’s only premier cru village, Étréchy, is shown in yellow and the other villages in orange.

Étréchy is located on the back side of the southern part of the Côte des Blancs hill, where it is lower and flatter, and is also located south of a small forest area. The commune consists of an open agricultural landscape that is dominated by other crops than vines.

The Étréchy commune covers 664 hectares and has 125 inhabitants (as of 2012) referred to as Arlequins and sometimes Étréchiats and Étréchiates. 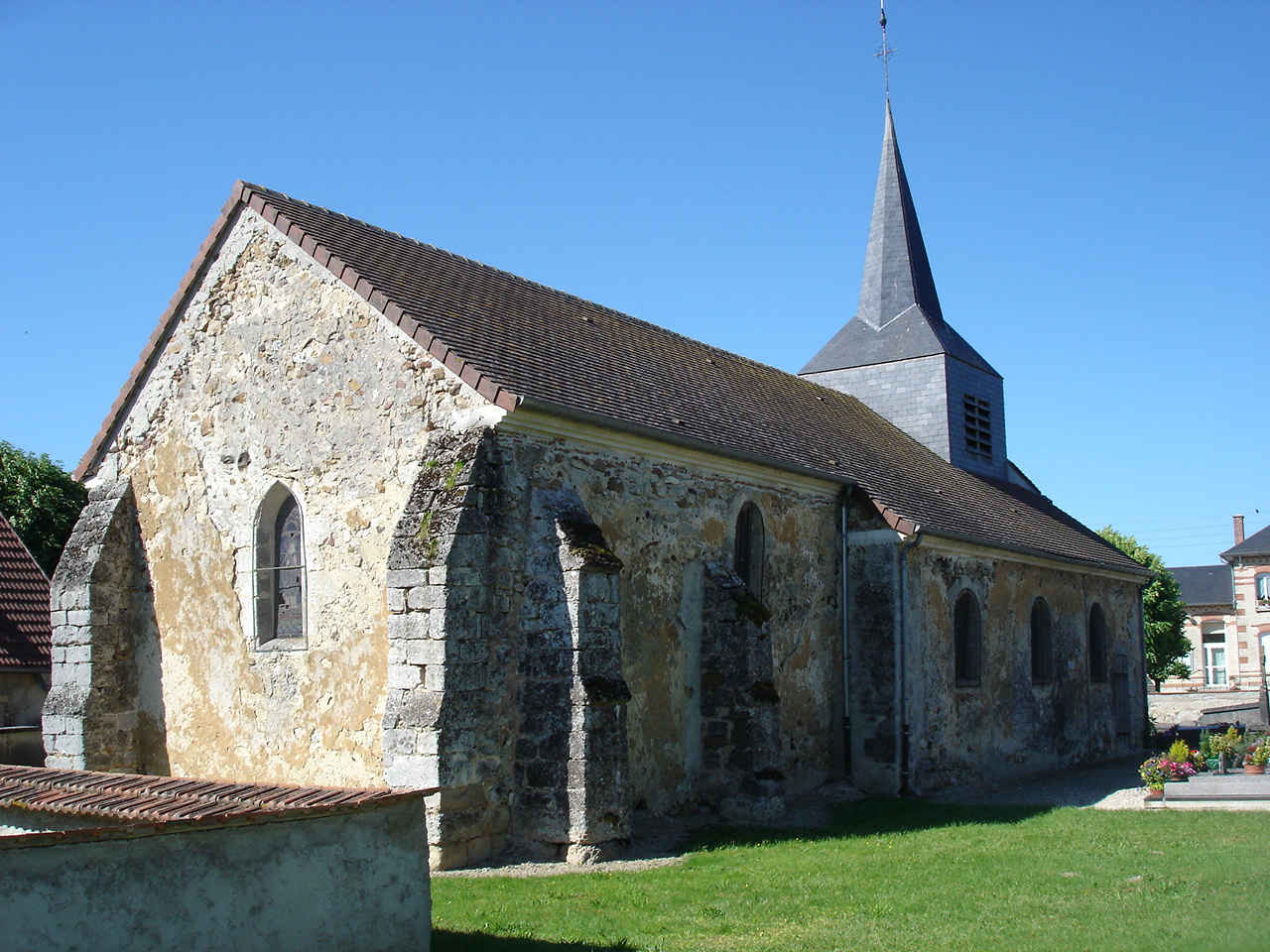 I have not been able to figure out where in the commune the vineyards of Étréchy are located.

Formerly a premier cru for Chardonnay only

On the now defunct échelle des crus scale, where 100% = grand cru and 90-99% = premier cru, a smaller number of villages had different numbers for white and black grapes, i.e., for Chardonnay (white) and for Pinot Noir and Pinot Meunier (black). Étréchy was one of them, with 90% for white grapes, i.e. premier cru, and 87% for black grapes, i.e., “autre cru”. Following the formal abolishment of the échelle des crus in 2010, the villages that achieved grand cru or premier cru status has kept this status. However, no difference is longer made between different grape varieties, so the highest status has been kept. This means that Étréchy nowadays is a premier cru village with no restrictions as to grape varieties. On the other hand, according to current statistics, only Chardonnay is found in Étréchy’s vineyards, so the status of Étréchy Pinot is a moot point.

I haven’t found any Champagne producers which have their seat in Étréchy.

This entry was posted in Champagne villages and tagged Étréchy. Bookmark the permalink.