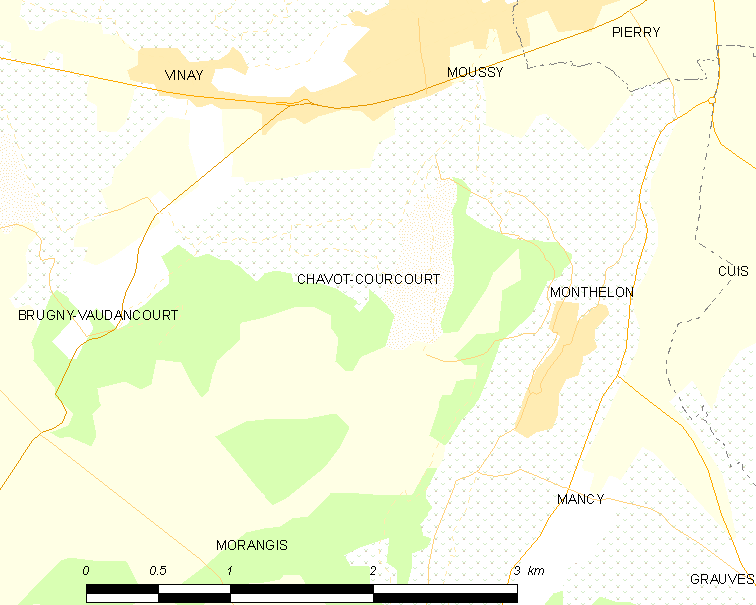 
Google Maps view with all the villages in the Côteaux Sud d’Épernay area highlighted. The premier cru village of the area, Pierry, is in yellow and the other villages, including Chavot-Courcourt, are shown in orange. 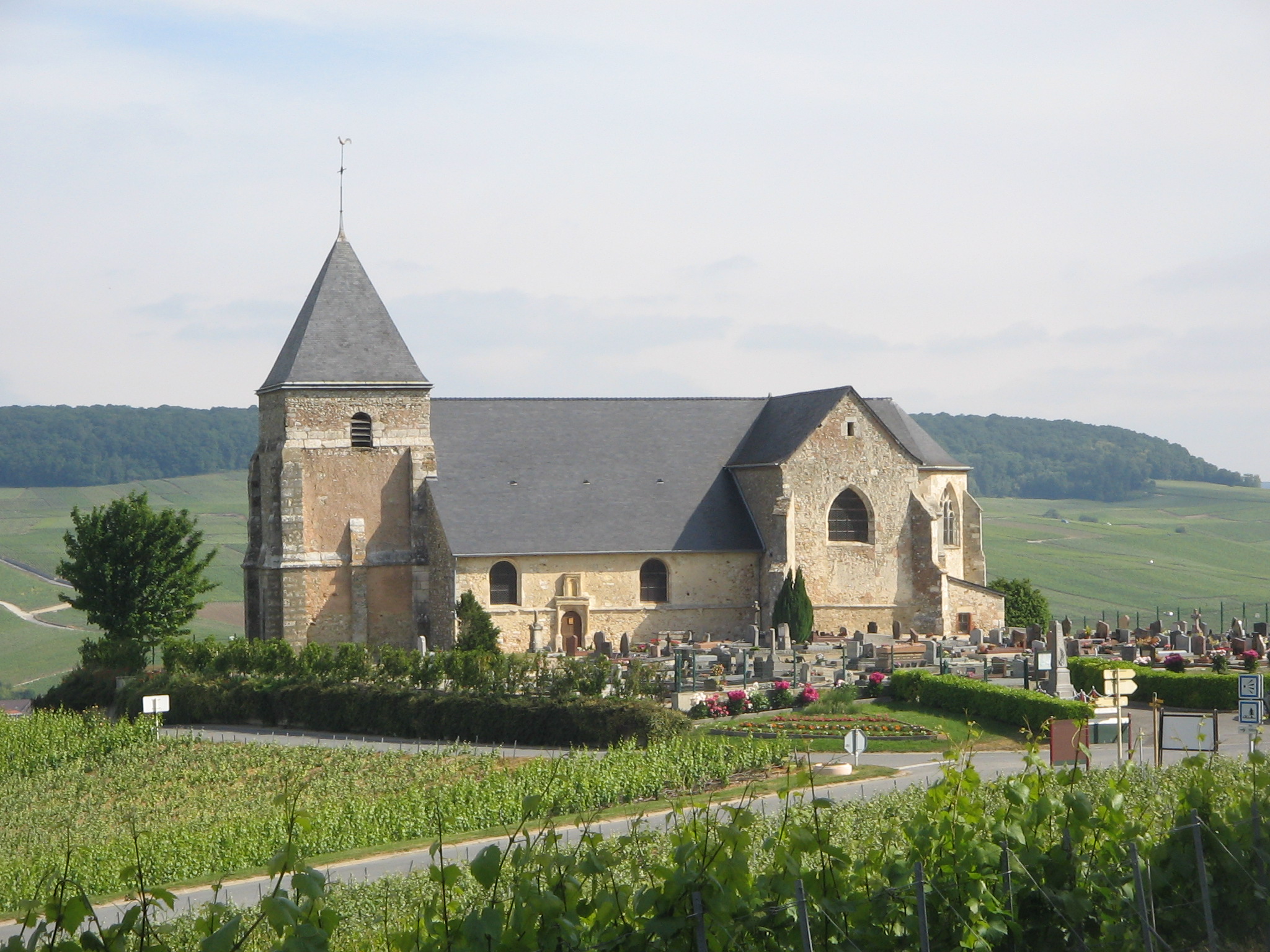 The church in Chavot, Église Saint-Martin, surrounded by vineyards. The vineyards in the background are situated in the slopes above Moussy and Pierry. Picture linked from Wikimedia Commons (photo Meneerke bloem, 2011).

Chavot-Courcourt is located to the southwest of Épernay, on the southern side of the valley formed by the stream Le Cubry.

The vineyards in Chavot-Courcourt is located in the northern part of the commune, around Chavot och Courcourt, on slopes that are part of the valley formed by the stream Le Cubry. The vineyards are located on the right bank of Le Cubry (the south side), and consist of slopes with directions from west via north to east, but where north- to northeast-facing slopes dominate. The vineyards are continuous with those in Brugny-Vaudancourt and Monthelon. Pinot Meunier is the dominating grape variety.

Champagne houses that control vineyards in the village include Taittinger. 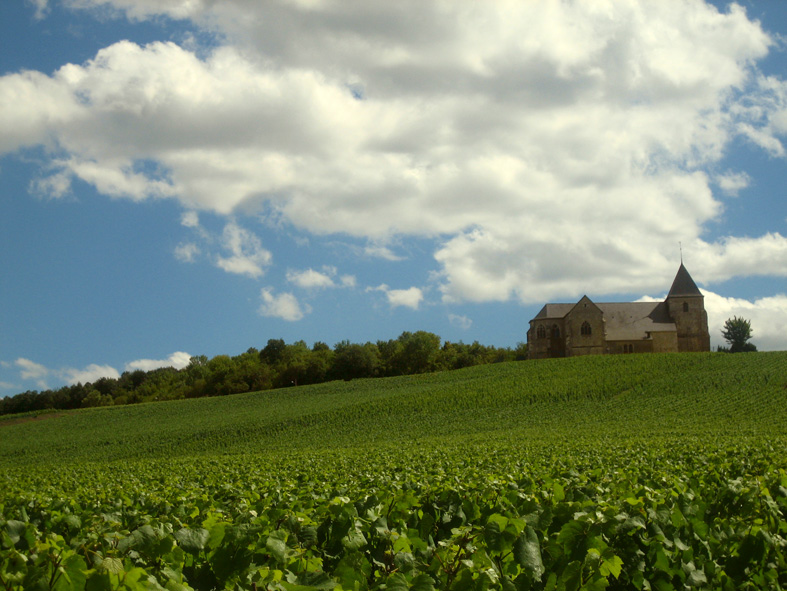 This entry was posted in Champagne villages and tagged Chavot-Courcourt. Bookmark the permalink.