Google Maps view with all the villages in the Val du Petit Morin area highlighted. Étoges, the single premier cru village of the area, is in yellow and other villages, including Mondement-Montgivroux, in orange.

None of the communes that border to Bergères-sous-Montmirail are part of the Champagne appellation, since the commune are located somewhat isolated from the other in the Val du Petit Morin area, that are located further to the east.

Bergères-sous-Montmirail is located at Le Petit Morin, the river that has lended its name to the area, and it is the westernmost Champagne village of the Val du Petit Morin.

The Bergères-sous-Montmirail commune covers 1052 hectares and has 127 inhabitants (as of 2013). Montmirail, the neighboring commune, is more of a small town with 3691 inhabitants.

The vineyards in Bergères-sous-Montmirail are located in one block just northeast of the village, at the hamlet Boutavent, and consist of mild south-facing slopes. Pinot Meunier is the most common grape variety. 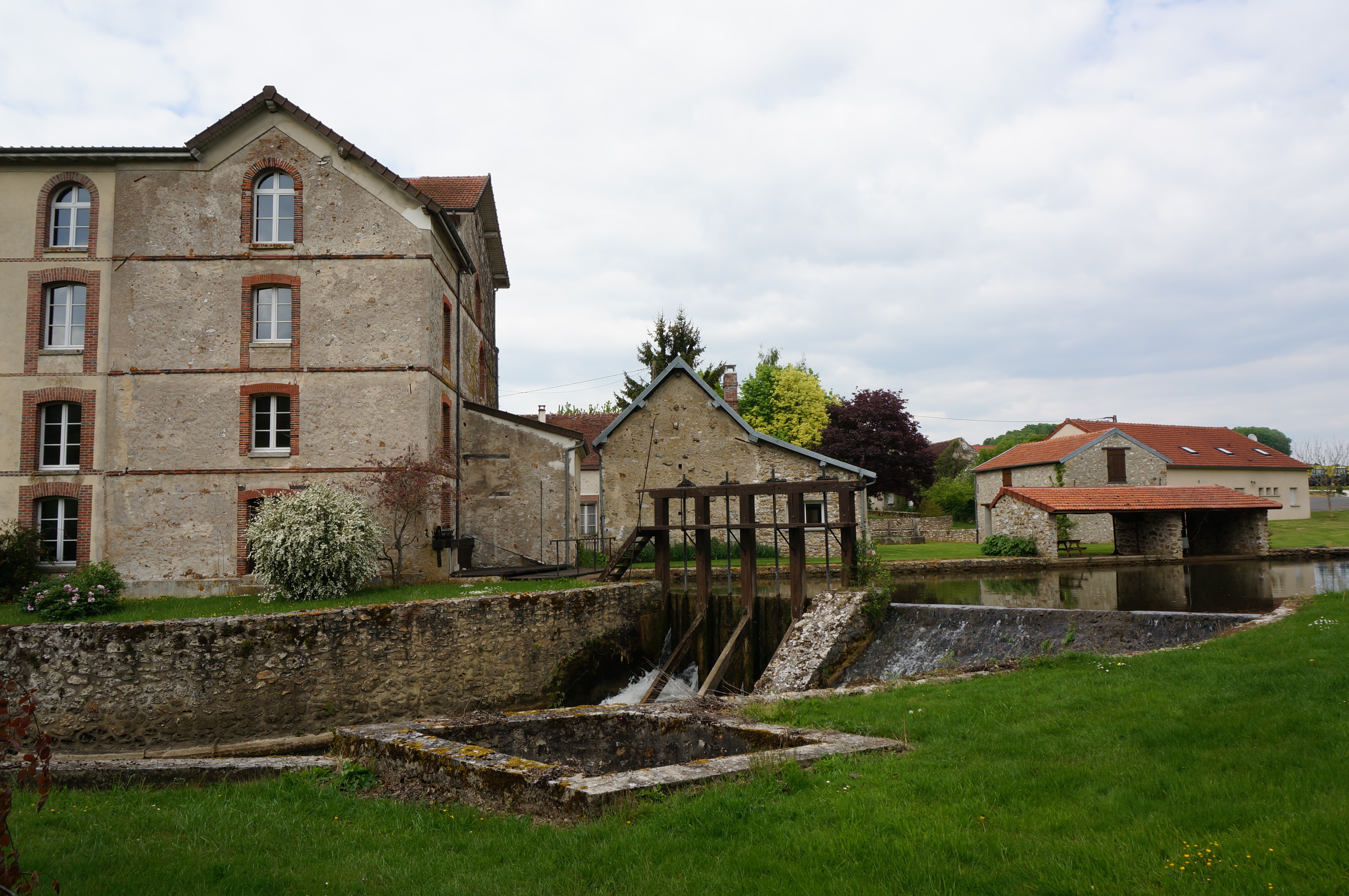 A mill in Bergères-sous-Montmirail down at the Petit Morin river. Picture linked from Wikimedia Commons (photo G.Garitan, 2014).

Producer status is indicated where known: RM = récoltant-manipulant, or grower-producers. RC = récoltant-coopérateur, growers that are cooperative members but sell Champagnes under their own name. SR = société de récoltants, owned by a number of growers of the same family and sells under its own name.

This entry was posted in Champagne villages and tagged Bergères-sous-Montmirail. Bookmark the permalink.