Google Maps view with the villages in the Vesle et Ardre highlighted. The premier cru villages are in yellow and the autre cru villages are in orange. The La Petite Montagne de Reims part, where Sermiers is located, is shown within red borders and the Vallée de la Vesle part within green borders.

View of Sermiers from higher up the slope, with Reims in the background. Picture linked from Wikimedia Commons (photo G.Garitan, 2012).

The built-up area of the commune does not consist of one single village, but instead the five nearby villages Sermiers (in the centre of the commune), Nogent (also written Nogent-Sermiers as a postal address, to the west), Montaneuf (southwest), Courtaumont (southeast), Le Petit Fleury (east), and La Bastille (east). 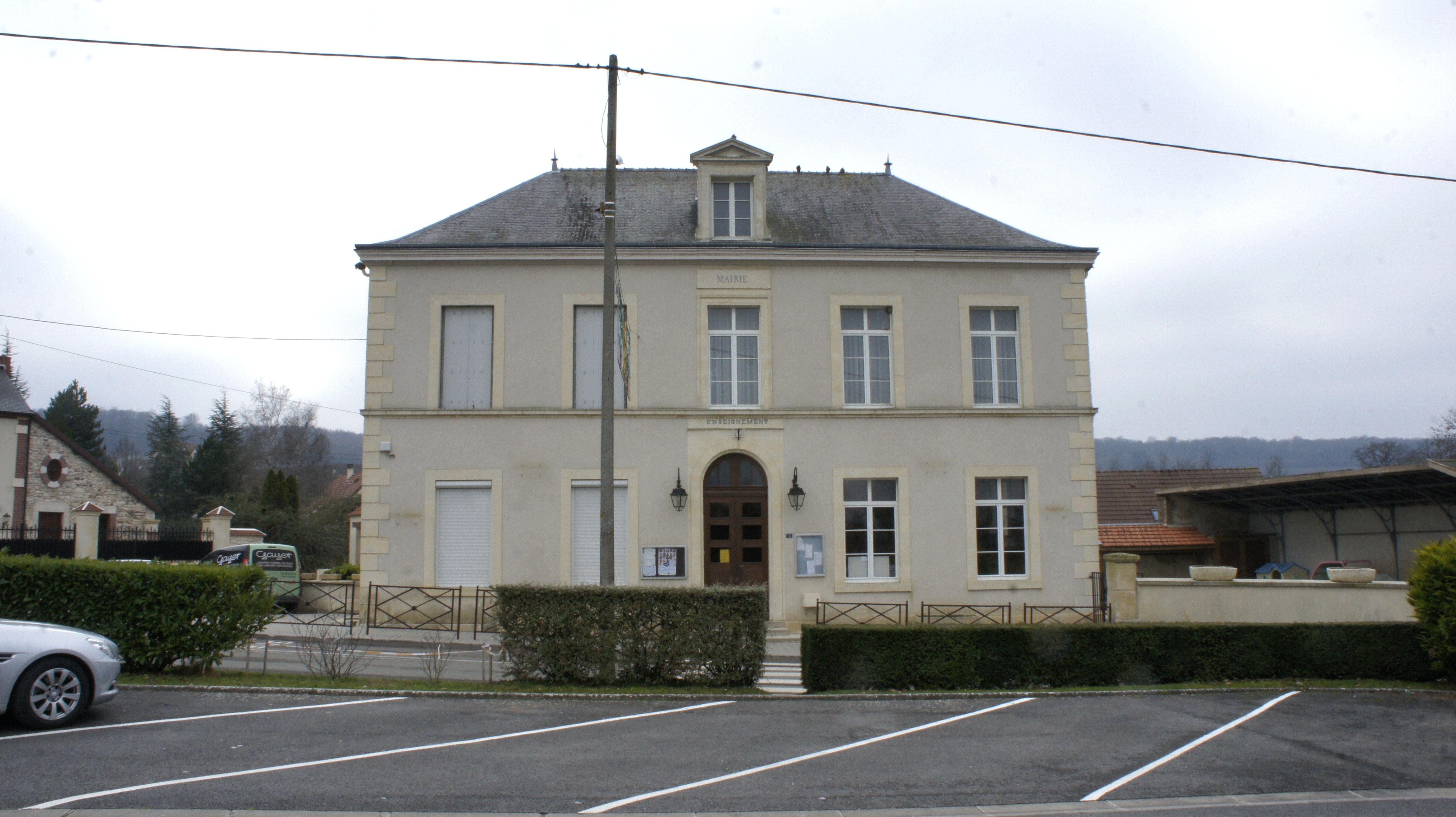 Vineyards at the Nogent part of Sermiers (where the cross is located) with Reims visible in the background. Thevineyard site just behind the cross is Les Terres du Clos. Picture linked from Wikimedia Commons (photo G.Garitan, 2013).

The vineyards consist of mostly north-facing slopes on the Montagne de Reims, and are dominated by Pinot Meunier.

Sermiers was elevated from 89% to 90% on the échelle des crus some time before this scale was retired, and thus became a premier cru village. This probably happened at the same time Vrigny and Coulommes-la-Montagne were likewise promoted, which was in the end of the 1990s or early 2000s. I have not yet found the specific year.

Single vineyard sites in Sermiers include the following, among others:

Below a video clip that shows pruning of the vines at Manceaux-Talbot in Sermiers. French audio without subtitles.

This entry was posted in Champagne villages and tagged Sermiers. Bookmark the permalink.