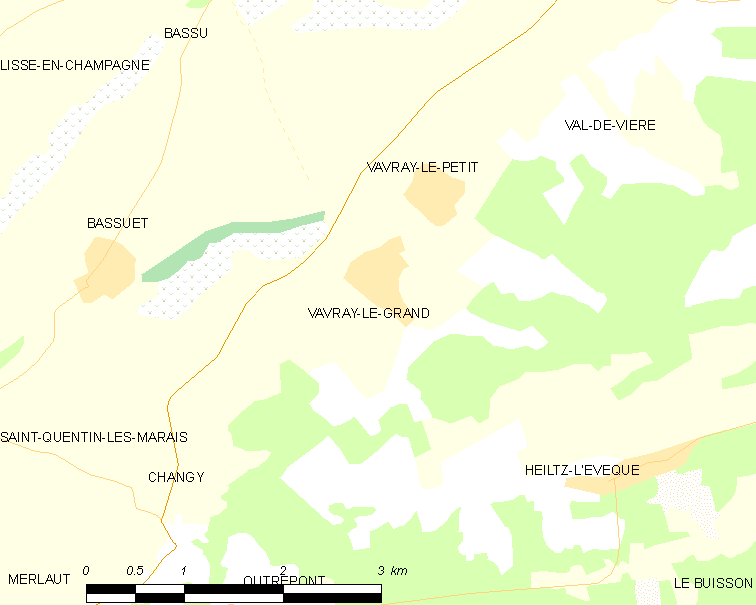 Neighbouring villages within the Champagne appellation

Northeast: Vavray-le-Petit
Southwest: Changy
West: Bassuet
Comment: some of the communes on the map are not part of the Champagne appellation and therefore don’t have any village profiles.

Vavray-le-Grand  is located about 12 km to the northeast of Vitry-le-François, which is the central town of the area.

The Vavray-le-Grand commune has a surface of 700 hectares and has 176 inhabitants (as of 2014), referred to as Vavryons and Vavryonnes, the same as for Vavray-le-Petit.

The vineyards in Vavray-le-Grand is located partly in the western part of the commune, and partly to the southwest of the village. They mostly consist of mild southeast-facing slopes, and are continuous with those in Bassuet. Chardonnay dominates greatly in the vineyards.

I haven’t found any Champagne producers which has their seat in Vavray-le-Grand.

This entry was posted in Champagne villages and tagged Vavray-le-Grand. Bookmark the permalink.