Google Maps view with the villages in the Monts de Berru highlighted.

Neighbouring villages in the Champagne appellation

West: Cernay-lès-Reims
South: Nogent-l’Abbesse
Comment: some of the communes on the map are not part of the Champagne appellation, and therefore they have no village profiles.

Berru is located just east of Reims and has (via the hill Mont de Berru) lent its name to the Monts de Berru area.

The Berru commune covers 1365 hectares and has 513 inhabitants (as of 2014) referred to as Berruyats and Berruyates.

In Berru there is a German military cemetery, with soldiers who fell in World War I.

The vineyards in Berru are located around the village, close to the forest-clad hill Mont de Berru which also stretches into the Cernay-lès-Reims and Nogent-l’Abbesse communes. The vineyards are situated on mild slopes of varying direction. The vineyards are dominated by Chardonnay.

Some producers are located in neighbouring communes, which aren’t part of the production zone where the vineyards may be located. Therefore, there are no village profiles for these, but I chose to list some producers here, by commune: 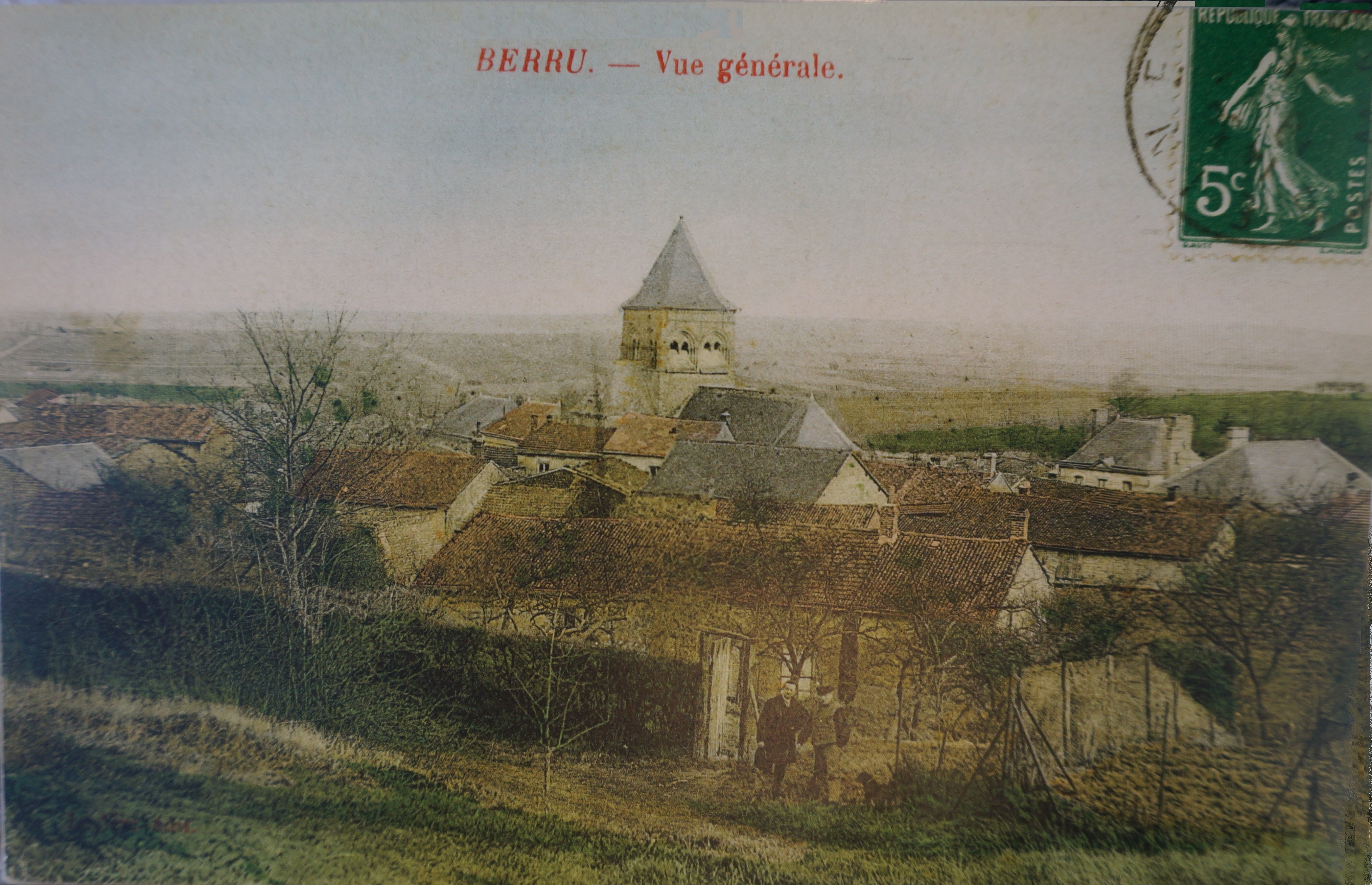 Postcard with a view of Berru around 1912. Picture linked from Wikimedia Commons.

This entry was posted in Champagne villages and tagged Berru. Bookmark the permalink.